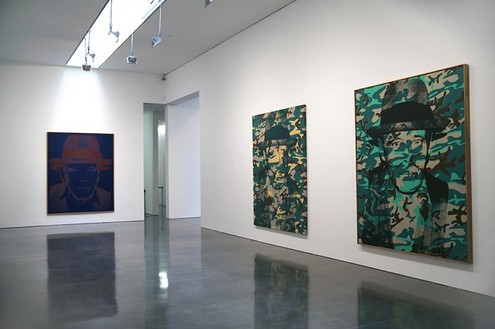 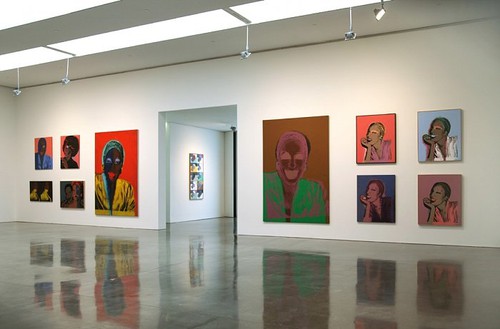 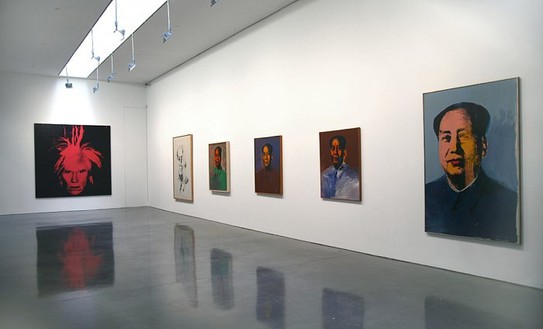 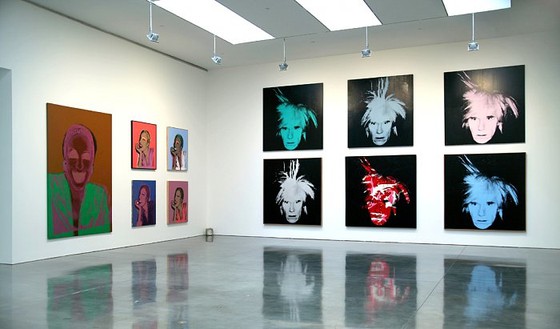 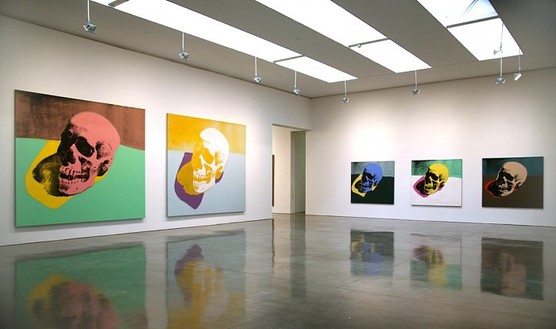 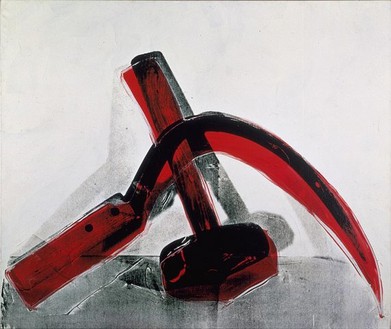 If you want to know about Andy Warhol, just look at the surface of my paintings and films and me, and there I am. There's nothing behind it.
—Andy Warhol

Gagosian Gallery is pleased to announce the exhibition "Cast a Cold Eye: The Late Work of Andy Warhol." The extensive exhibition, which occupies all galleries at 555 West 24th Street as well as a new gallery at 522 West 21st Street, draws together many of Warhol's most iconic paintings from the following series executed during the 70s and 80s: Mao, Ladies & Gentlemen, Hammer & Sickle, Skulls, Guns, Knives, Crosses, Reversals, Retrospectives, Shadows, Rorschach, Camouflage, Oxidation, The Last Supper, Self Portraits and more. Comprised of works from the last eighteen years of Warhol's life, "Cast a Cold Eye..." includes masterpieces that have been rarely or never before seen in New York, as well as important loans from The Metropolitan Museum of Art, The Museum of Modern Art, New York, The Andy Warhol Museum, and private collections.

In his later career, Warhol was often vilified by art critics for being little more than a society portraitist and social impresario. But, at the same time as a constant stream of commissioned portraits of the rich and famous emanated from his studio, Warhol steadily produced paintings of profound content and uncannily prophetic significance. This was Warhol the history painter, treating the bigger picture of contemporary life and its matrix of power, belief, money and mortality in his characteristically deadpan way. "Cast a Cold Eye: The Late Works of Andy Warhol" begins to map the conceptual breadth and gravitas of Warhol's late, great work.

As a cultural phenomenon and zeitgeist, Andy Warhol needs little introduction. A leader of the American Pop Art movement in the 1960s, he became increasingly reflective on art and what art could be, working prodigiously across a vast range of media including painting, photography, print-making, drawing and sculpture, film (sixty experimental films between 1963 and 1968), television (Andy Warhol's TV, 1982 and Andy Warhol's Fifteen Minutes, 1986), audio, publishing, (Interview magazine and various books, including his own "philosophy"), happenings and performances. He also endorsed products, appeared in commercials and made business deals. In many cases he took the position of a producer or director, producing both things and people as part of his artistic product. Today, his oeuvre stands as a philosophical and practical incorporation of art into society and of art as a product of society.

An extensively illustrated book accompanies the exhibition. It includes a full catalogue of works, a commentary by Vincent Fremont, longtime Warhol collaborator and a founding director of The Warhol Foundation, and an essay by Boris Groys, Professor for Philosophy and Media Theory at the Hochschule für Gestaltung, Karlsruhe, Germany.

Andy Warhol was born in Pittsburgh, PA in 1928 and died in New York in 1987. He studied commercial art at Carnegie Mellon University, Pittsburgh. His first major exhibition was at Ferus Gallery, L.A. in 1962. Since then, his work has been the subject of countless exhibitions in museums and galleries throughout the world, including retrospectives at the Pasadena Art Museum (1970, traveling to Chicago, Eindhoven, Paris, London and New York), the Museum of Modern Art, New York (1989), the Nationalgalerie Berlin and Tate Modern, London (2002) and a survey of the late work at the Kunst Palast, Düsseldorf (2004). 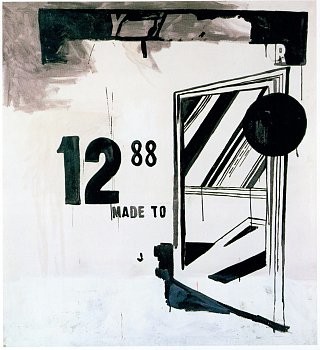