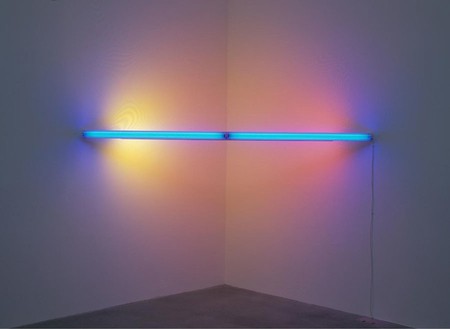 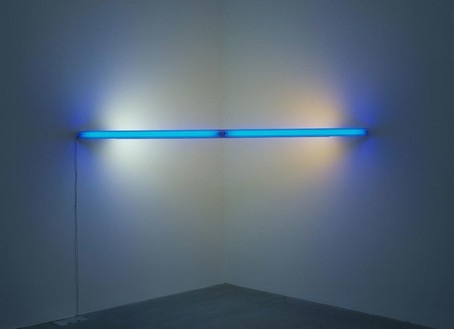 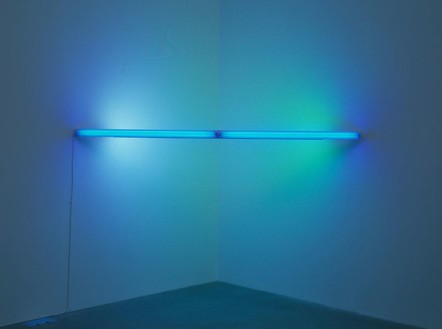 Gagosian Gallery is pleased to announce an exhibition of three fluorescent light sculptures by Dan Flavin (1933-1996). Initially shown together in Zurich in 1969, the year of their execution, each artwork consists of a single line of fluorescent light suspended across a corner of the gallery space. Muted yet vibrant tones radiate along the gallery walls producing simple, beautiful patterns of blues, yellows, greens and the occasional pink.

For Flavin, the ordinary fluorescent light bulb provided for formal repetition from one work to the next. Transgressing the traditional media of painting and sculpture, the majority of Flavin’s work involves exploration of the limits of space and light through the manipulation of both. Flavin’s works encompass the visible yet massless light waves splashed over white walls as well as the light bulbs themselves.

Through his use of the fluorescent light tube—a widely available industrially produced material—Flavin helped direct the course of art in the 1960s and 1970s toward the elimination of the artist’s hand. Shrugging off labels such as “minimalism,” Flavin described his works as “sculptural proposals” and so developed a unique abstract language of illumination that he continued to employ until his death.

Dan Flavin’s work is in the collections of numerous museums worldwide and a retrospective of his work is currently on view at the Hayward Gallery in London. 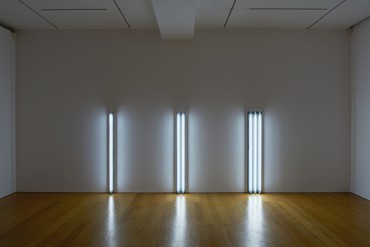 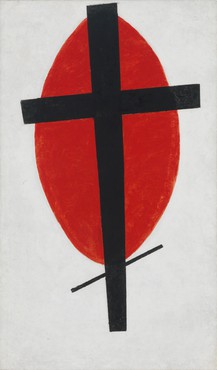