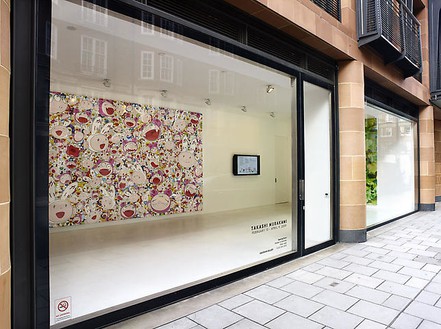 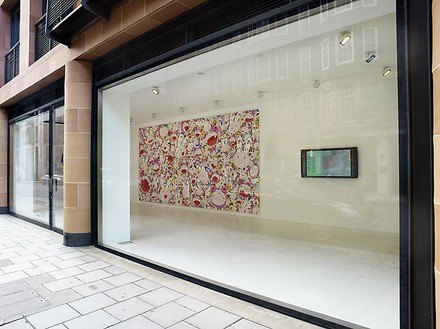 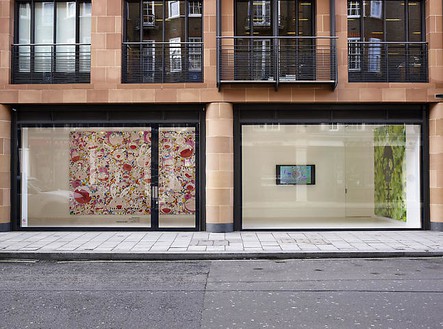 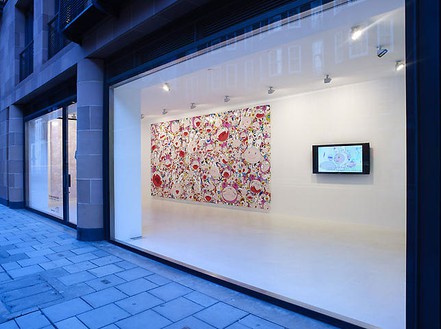 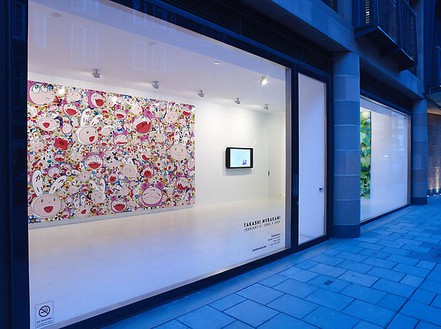 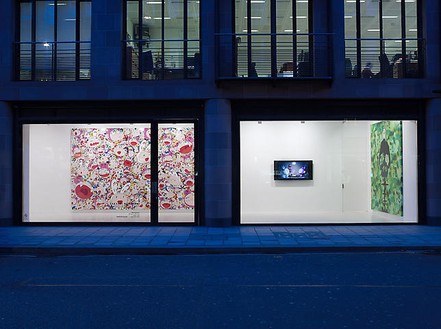 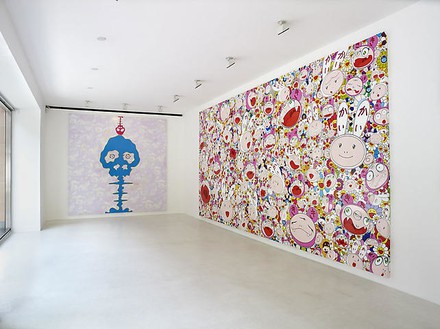 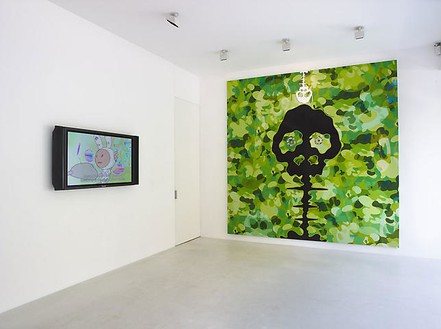 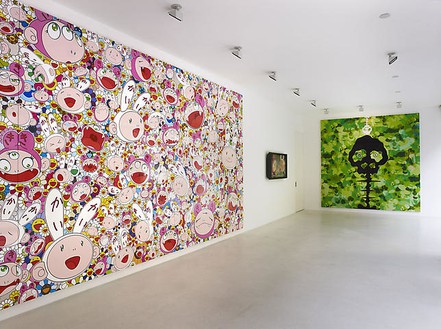 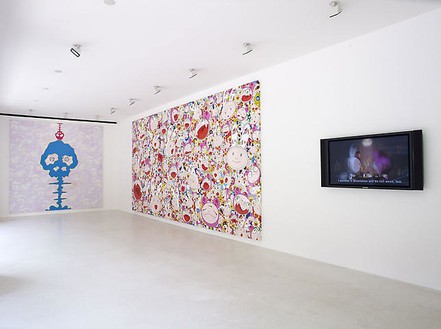 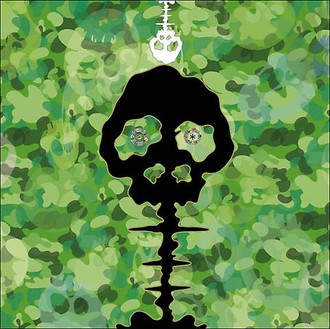 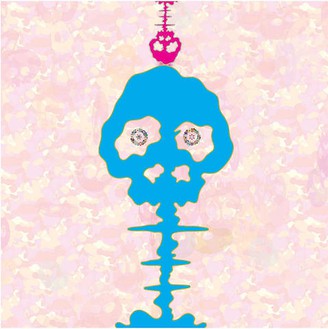 Gagosian is pleased to present an exhibition of new paintings by Takashi Murakami.

Beneath its bright and playful appearance, Murakami’s art deftly challenges the established dichotomies of high art and popular culture, East and West, present and past, life and death, humor and gravity, skepticism and belief. Visually, his work merges the dystopic worlds of popular anime and manga cartoons with the ultra-refined techniques of traditional Nihonga painting.

The centerpiece of Murakami’s compact exhibition is a vast and intricate five-panel painting which possesses the intensity of such masterworks as Tan Tan Bo Puking – a.k.a. Gero Tan (2002). If the jaunty cartoons Kaikai and Kiki have come to be seen as avatars of the opposing aspects of Murakami’s own character, then this immense and ambitious work, jostling with Kaikais and Kikis of every size, shape, and humor, can be interpreted to be his ultimate self-portrait, predicated on an identity that is very much of our time—culturally specific yet ambivalent, mercurial, and multiplicitous.

The Kaikai Kiki painting is flanked by new paintings in the Time Bokan series, begun in 1993. A key image in Murakami’s oeuvre, the skull-shaped mushroom cloud is borrowed from the eponymous Japanese anime TV series from the 1970s. The cloud symbolized the villains’ demise at the end of each episode, although they would unfailingly reappear in the next, to the delight of their young audience. Although the creators of the anime series could not have intended to send a positive message about the atomic bombing of Japan, let alone a safe return from it, the invincible villains became great favorites with children. By reviving this powerful image of Manichean paradox as a form of vanitas in relation to self-portraiture, Murakami provides a bold interpretation of a classical genre within a wholly new iconography. 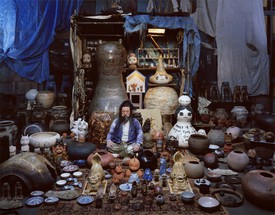 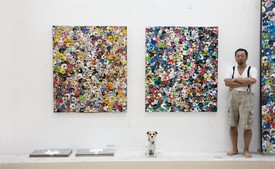 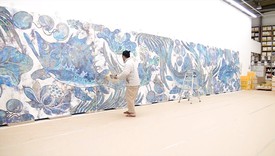 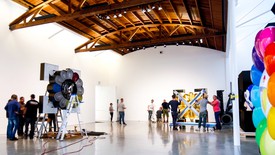 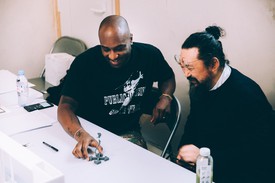 Following their artistic collaboration in London, Takashi Murakami and Virgil Abloh, the recently appointed Louis Vuitton menswear designer, spoke with Derek Blasberg about how they met, their admiration for each other, and the power of collaboration to educate and impassion new audiences. 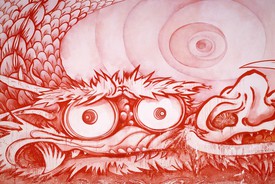 From 2009 to 2011 the eminent art historian Nobuo Tsuji and Takashi Murakami engaged in a reimagined e-awase (painting contest). In this twenty-one-round contest, newly published in Battle Royale! Japanese Art History, Tsuji selects historical works and Murakami responds creatively. Round 6 centers on the Edo Eccentric painter Soga Shōhaku and his monumental Dragon and Clouds (1763). 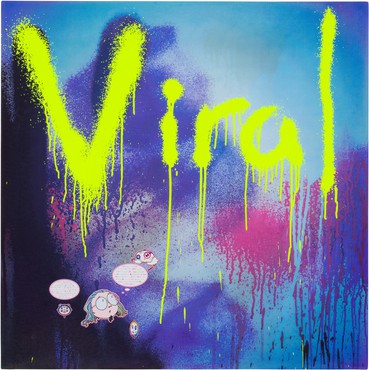 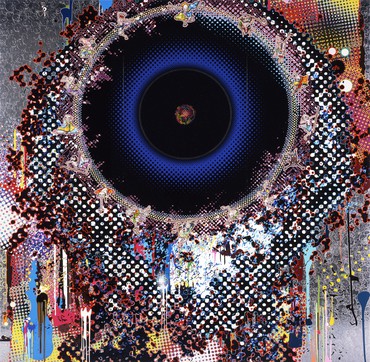 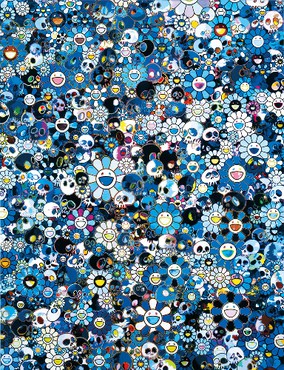