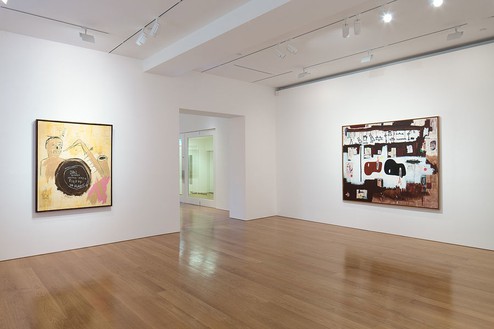 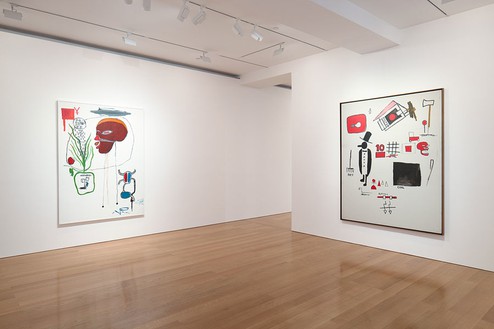 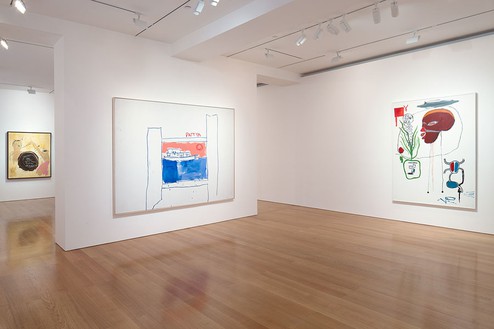 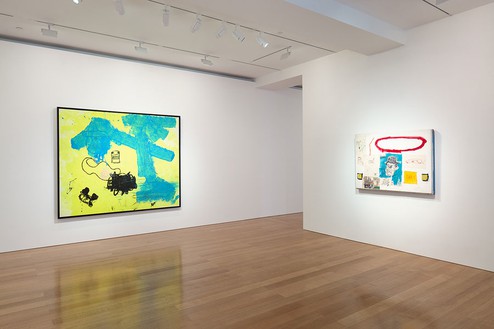 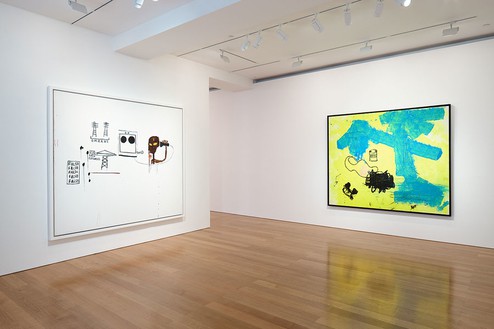 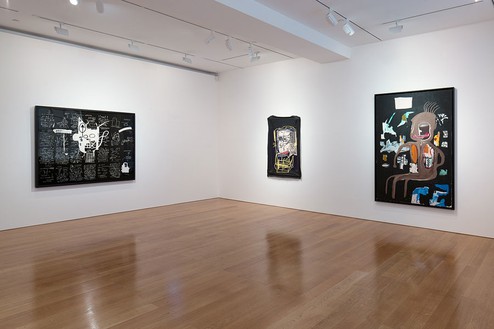 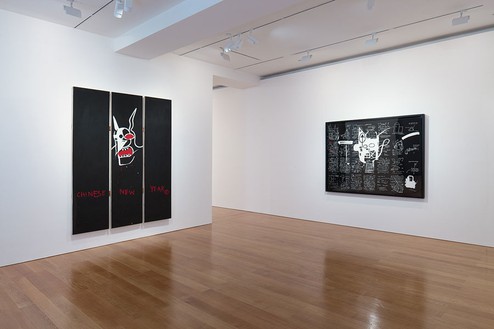 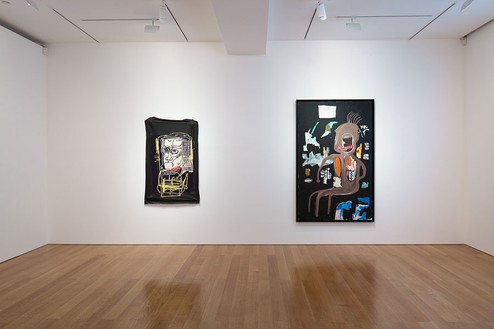 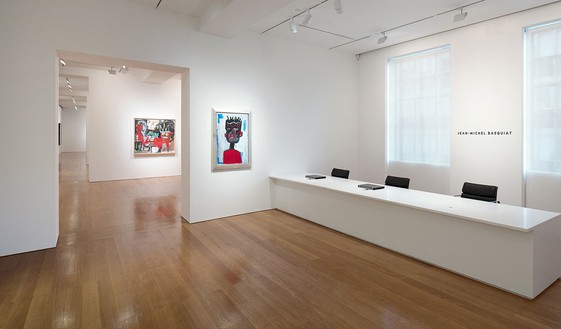 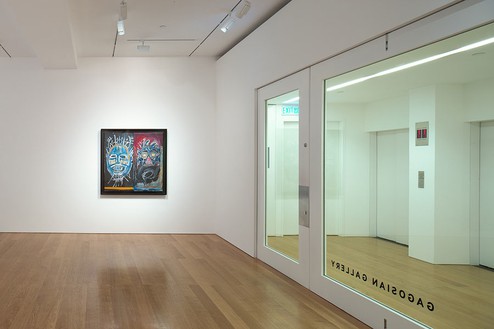 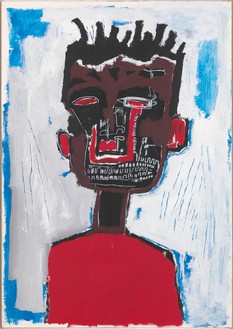 Gagosian Gallery is pleased to announce the first exhibition in Hong Kong of paintings by Jean-Michel Basquiat. An acclaimed exhibition at Gagosian New York earlier this year drew tens of thousands of visitors, attesting to Basquiat’s acute relevance twenty-five years after his untimely death.

Born to a Haitian father and a Puerto-Rican mother, Basquiat left his family home in Brooklyn, New York at the age of fifteen and took to the streets. A voracious autodidact, he quickly became a denizen of the explosive and decadent New York underground scene—a noise musician who loved jazz, and a street poet who scrawled his sophisticated aphorisms in Magic Marker across the walls of downtown Manhattan, copyrighting them under the name SAMO. In 1981, he killed off this alter ego and began painting and drawing, first on salvaged materials then later on canvas and paper, and making bricolage with materials scavenged from the urban environment. From the outset he worked compulsively; his passion for words and music, his intense yet fluid energy, and the heterogeneous materials that he employed so freely imbued his work with urgency and excitement. He sold his first painting in 1981, and by 1982, spurred by the Neo-Expressionist art boom, his work was in great demand. In 1985, he was featured on the cover of The New York Times Magazine in connection with an article on the newly exuberant international art market. In that photograph, Basquiat is a vision of cool, sprawled in a chair in an elegant three-piece suit and tie, with bunched dreadlocks and bare feet, in front of a large, bold painting—a supernova in the making.

Charismatic image aside, Basquiat was a prodigious young talent, fusing drawing and painting with history and poetry to produce an unprecedented artistic language and content that bridged cultures and enunciated alternative histories. Combining materials and techniques with uninhibited yet knowing and precise intent, his paintings maintain a powerful tension between opposing aesthetic forces—expression and knowledge, control and spontaneity, savagery and wit, urbanity and primitivism—while providing acerbic commentary on the harsh realities of race, culture, and society.

In explosively colored compositions, forceful, schematic figures and menacing mask-like faces are inscribed against fields jostling with images, signs, and symbols. The Thinker (1986), a wry, unsettled riposte perhaps to Rodin's famous subject, depicts a strange, zombie-like figure surrounded by forms evoking clouds, birds, and musical instruments. The canvas appears to have been primed and used as a drawing board for this ambiguous imagery then mostly blacked-out, leaving few windows onto the subject's thoughts. Whether the blank white space near the top of the composition represents a future idea, mental clarity, or the sub-conscious is left to speculation. A double-portrait incorporating tribal markings, and strong, dark reds and blues, and an afflictive, red-eyed self-portrait with delicate graphic detailing painted in 1984, are further examples of this charged shorthand approach, which Basquiat continued to develop and diversify until his tragic premature death in 1988 at the age of twenty-seven—doubtlessly spurred by the alienating effects of fame and addiction. 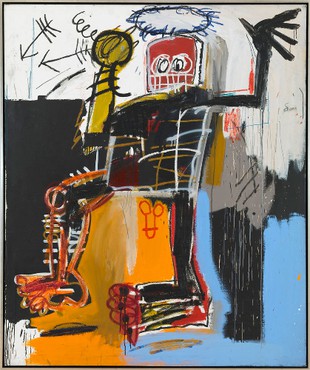 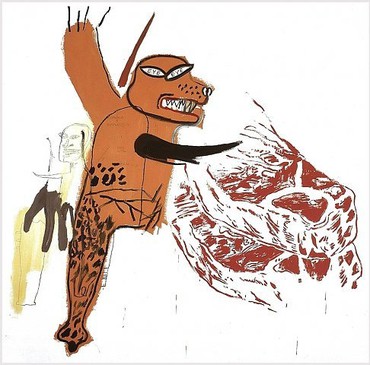 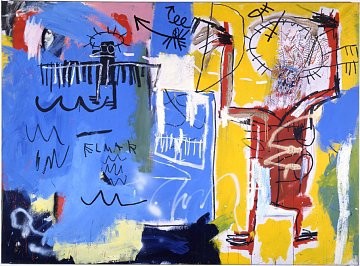