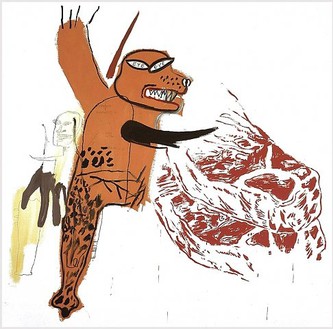 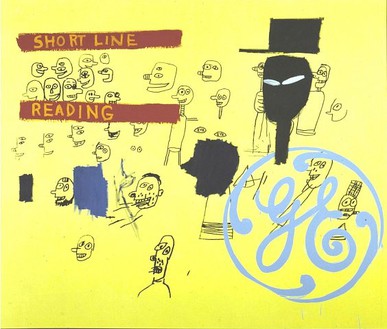 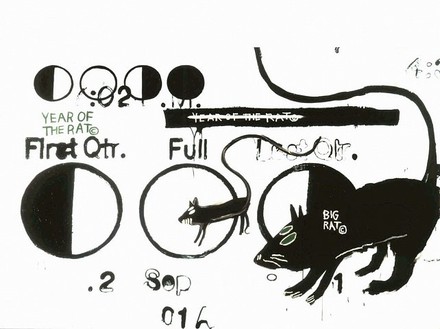 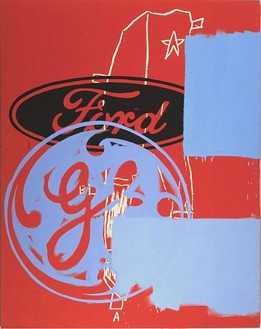 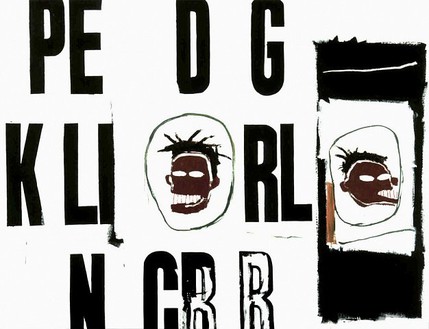 Gagosian Gallery is pleased to present a series of large collaborative paintings by Andy Warhol and Jean-Michel Basquiat dating from 1984-85.

At Jean-Michel Basquiat's dealer, Bruno Bischofberger's, suggestion in the early 1980s, Andy Warhol and Basquiat began a series of collaboration paintings. Warhol was inspired by Basquiat's energy and youth and Basquiat had always idolized Warhol.

Warhol's contribution to the collaborations can be seen in his straightforward methods of hand painting enlarged headlines, brand names and advertisements returning to the Pop paintings of the 1960s. In contrast, Basquiat responds with his trademark graffiti style-creating a dialogue between the two personalities and aesthetics of each artist.

The exhibition will include several paintings from this series including one measuring 35 feet long.

Andy Warhol & Jean-Michel Basquiat: Collaboration Paintings will be opening the same week as the Andy Warhol Retrospective at the Museum of Contemporary Art, Los Angeles.

There will be a fully illustrated catalogue to accompany the exhibition.