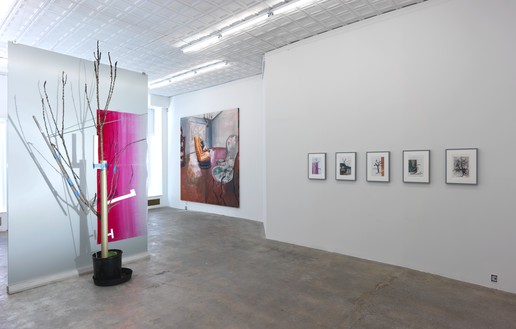 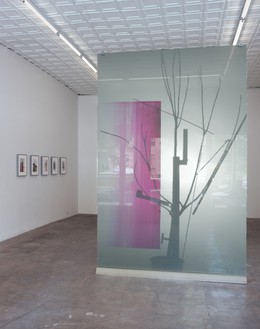 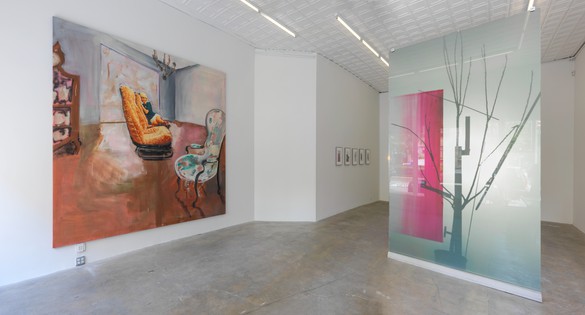 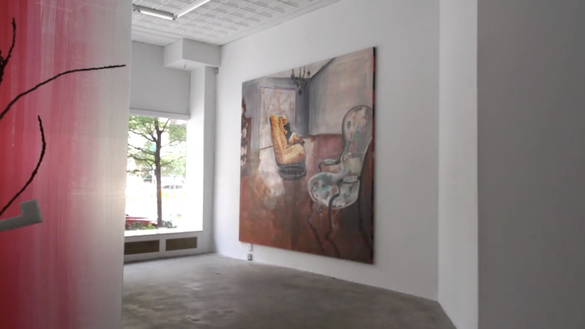 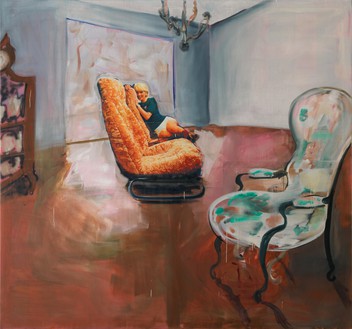 Art has always quarreled with the real, by getting in close to it and cheekily having a go at the actual.
—Albert Oehlen

Gagosian New York is pleased to present a projection installation, a large-scale panel painting, and new works on paper by Albert Oehlen at the Park Avenue gallery.

The installation and works on paper are Oehlen’s latest explorations of the tree motif, which recurs throughout his oeuvre. In earlier paintings, singular tree forms were crudely represented according to the principles of “bad” painting, while in recent schematic paintings on aluminum panels, trunks and branches form silhouettes that suggest the digital marks of art and design software, but are meticulously rendered by hand in oil paint. Related works on paper comprise shadowy treelike abstractions drawn and painted on foil, magazine ads, and other collaged elements. In the installation, a sapling stripped of its leaves is placed in front of a light source, producing a chimerical image of nature projected on a large freestanding pane of opaque glass. The outdoor subjects are juxtaposed with a panel painting of an interior, Der rosa Salon/The Pink Parlor (2004), in which a magazine cutout of a woman curled up in a reclining chair is pasted into a sketchily contoured room. The scene includes a second, crudely painted chair, recalling Franz West’s capricious lifestyle tableaux of collaged and painted subjects.

For Oehlen, the practice of painting, with its inherent unpredictability, is a subject in itself. The guiding principles of his method are impulse and eclecticism, while his tools are fingers, brushes, collage, and computer. He often begins by imposing a set of rules or structural limitations—restricting his palette to shades of gray, for example, or deliberately working at a slow pace—challenging himself to approach each painting differently. Collage is both a conceptual and formal construct: damaged or torn signs and magazine advertisements form backdrops that fuse with painted surfaces, composed of seemingly informal gestures, swipes, erasures, awkward drawing, and the occasional crude cartoon. Nothing coheres in a way that could be said to have substantive narrative dimension or pictorial legibility, except for visible stops and starts that prod the limits of content. 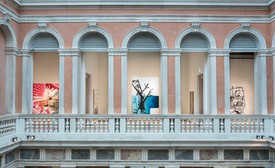 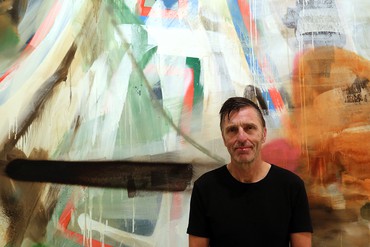 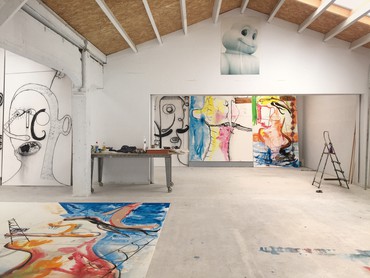 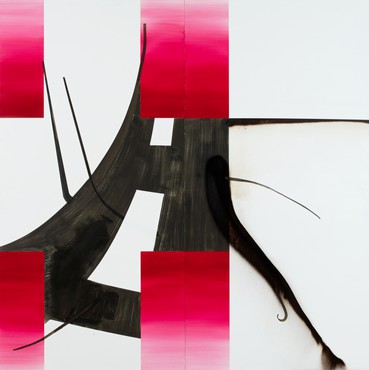