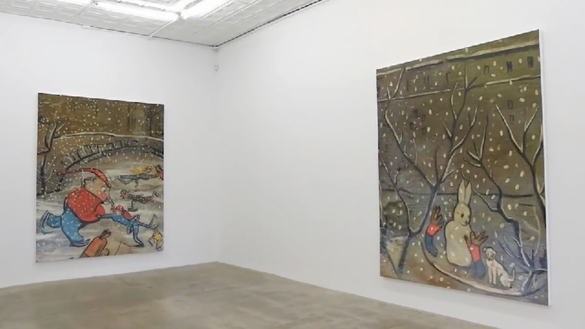 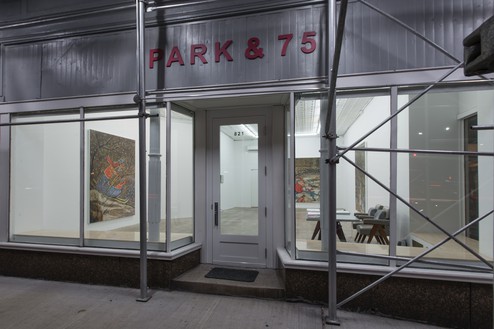 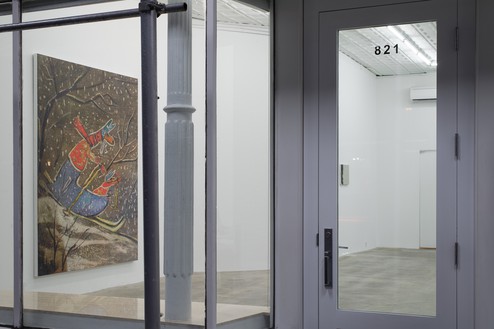 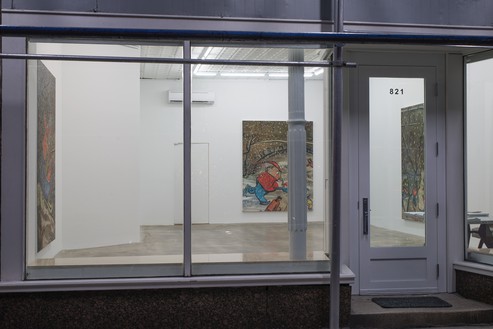 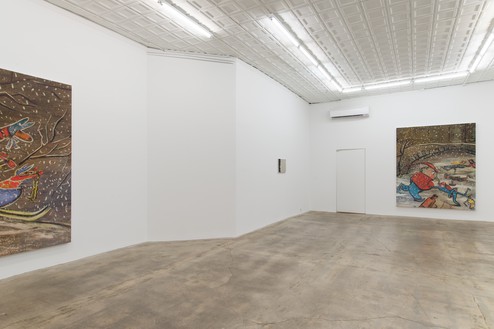 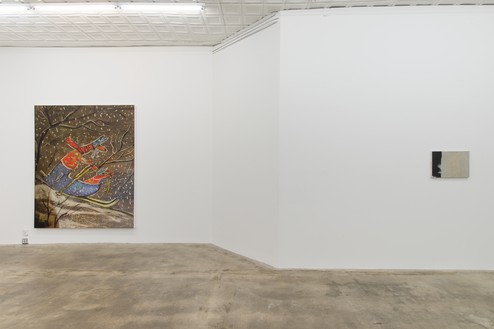 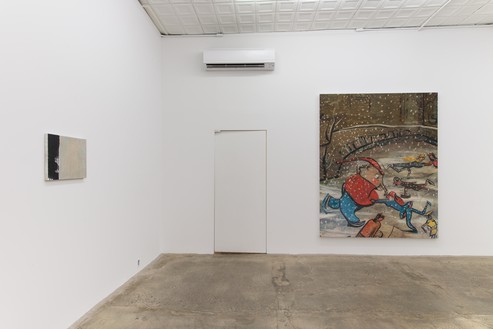 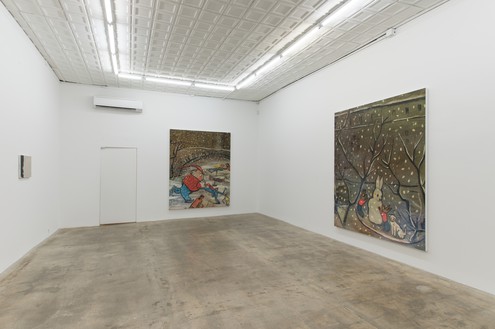 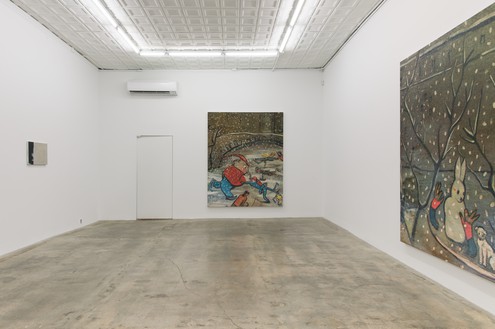 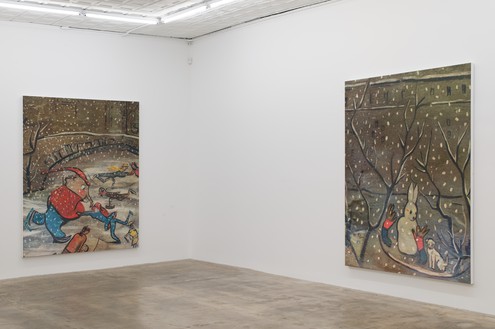 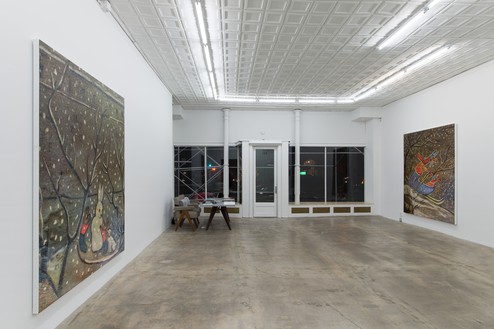 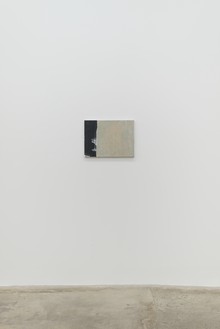 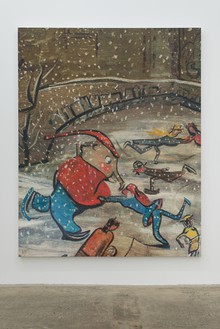 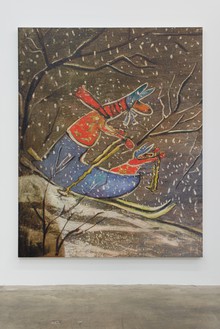 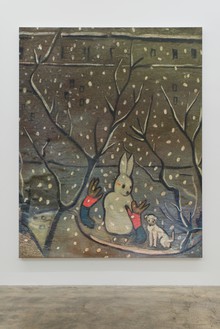 Gagosian is pleased to announce the final phase of Rudolf Stingel’s yearlong project at Park & 75, New York. Continuing the theme of Part VII (November 8–December 3, 2016), Part VIII presents paintings inspired by the murals at the Carlyle Hotel’s Bemelmans Bar. Rendered in color, Stingel’s paintings are photorealistic depictions of Ludwig Bemelmans’s images as seen in the atmosphere of the cozy, warmly lit bar.

This ongoing project commenced in October 2015 as a series of eight installations over the span of a year, conceived as a single monumental exhibition. In Part I (October 27–December 23, 2015) Stingel presented three large oil paintings in rich burgundy hues with spectral impressions of a Chintamani carpet, and a small portrait on paper of a youthful Franz West, partially veiled by a layer of tulle-textured abstract paint. For Part II (March 2–April 6, 2016) there were gold paintings with a chain-link pattern, a small grisaille portrait of Ernst Ludwig Kirchner, and white wall-to-wall carpeting that traced the surface of the space. In Part III (April 8–May 14, 2016) the floor was stripped back to the concrete, and large photorealist canvases layered with colorful carpet patterns were installed. Part IV (May 17–July 11, 2016) was a single silver monochrome triptych depicting an expanse of floral carpet, derived from images of Stingel’s Plan B carpet installation at Grand Central in 2004. In Part V (July 13–September 14, 2016) a small photorealist portrait on paper of a longtime friend was paired with ornate gold paintings of wallpaper patterns. Part VI (September–November 2016) consisted of gleaming silver panels cast from sections of insulating Celotex from previous installations that had been inscribed at will by visitors.

An upcoming publication will document the evolution of the entire project. 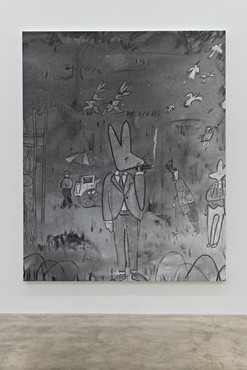