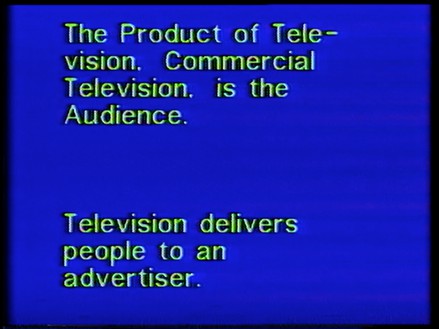 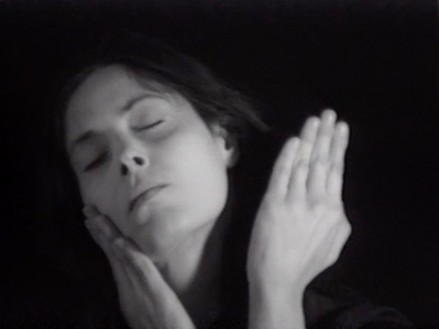 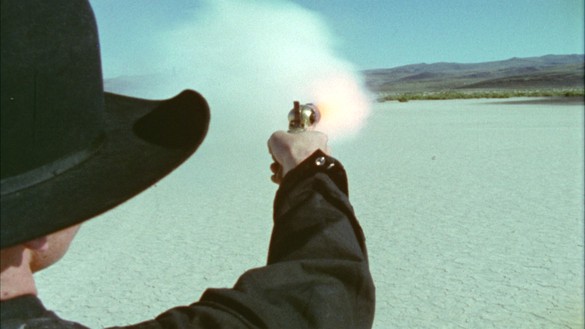 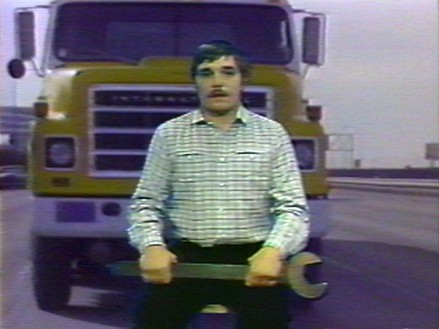 Broadcast: Alternate Meanings in Film and Video employs the innate immediacy of time-based art to spark reflection on the here and now. Looking to the late 1960s—a historical moment marked by deep uncertainty, social unrest, and radical transformation—this online exhibition loosely adopts famed psychologist and countercultural icon Timothy Leary’s mantra “turn on, tune in, drop out” as a guide for negotiating our present moment.

The fourth chapter of Broadcast features historical films and videos by artists who worked at the forefront of their respective mediums during the late 1960s and ’70s.

The “Turn On” section of the exhibition presents two videos from the mid-1970s that demonstrate divergent approaches to generating self-awareness, on the level of both the audience and the artist. In Television Delivers People (1973), Richard Serra subverts familiar audio and video conventions in order to expose the ways in which audiences are exploited within the economics of broadcast television. In contrast, in her performance video Gestures (1974), Hannah Wilke turns the camera onto herself as she enacts hundreds of repetitive facial expressions and gesticulations, manipulating her face as sculptural material in order to emphasize the ways that such actions both defy and become coded within societal conventions of representation.

In his 1969 film Hard Core, Walter De Maria combines cinematographic methods drawn from experimental cinema along with Hollywood movie conventions to “tune in” to an alternative perspective on his surroundings in the Black Rock Desert of Nevada.

Representing the curatorial category of “Drop Out,” Chris Burden’s Big Wrench (1980) presents the artist’s deadpan semiautobiographical account of his short-lived “love affair” with a tractor trailer, an alternative model to romantic obsessions that both dramatizes America’s infatuation with car culture and takes it to illogical ends.

Adopting the format of closing credits from commercial television by using a text-based scroll and classic Hollywood instrumental music, Serra’s Television Delivers People jolts viewers into recognition of their own complacency as audiences. Articulating the instrumentalization of television viewers as consumer products generated for corporate advertisers, the video exposes the broadcast’s integral role in such a reversal of consumer and consumed, wittily using the medium’s own visual and auditory conventions against itself.

Assuming roles of both performer and director in Gestures, Wilke explores her own face as artistic material. Whether kneading her skin into misshapen contortions or enacting stereotypical poses, she stages a fluid, continuous sequence of actions in front of the camera. Her performance calls attention to and deconstructs familiar representations of women, as well as encourages the viewer’s personal or cultural associations with these gestures while also reclaiming agency over such depictions as her own.

Filmed in Nevada’s barren Black Rock Desert in July 1969, Hard Core opens with an establishing shot of an expansive blue sky immediately evoking the American West, which sets the scene for De Maria’s innovative and experimental film. The work intercuts two differing cinematic approaches: one that explores the observational potential of the medium through wide-angle, 360-degree shots that pan over the changing desert landscape, and the other that appropriates familiar visual tropes taken from the Hollywood Western movie genre—such as pistols, Levi’s jeans, boot spurs, and leather chaps—and implements them in a performance. The soundtrack is an edited compilation of two of De Maria’s “drum compositions,” Cricket Music (1964) and Ocean Music (1968), which creates a sense of anticipation for the viewer. In the last minute of the film, a series of unexpected events unfolds in rapid succession, producing a dramatic climax.

In the fall of 1977, Burden first laid eyes on “BIG JOB,” a sixteen-thousand-pound 1952 Ford tractor trailer parked on Lincoln Boulevard in Venice, California, that became the object of the artist’s fixation. As he later recounted, “It was a bad truck and I wanted it.” In Big Wrench, Burden adopts a confessional approach, facing the camera as he delivers a freewheeling account of his relationship with the truck gone awry—complete with obsessional behavior, projected fantasies, accusations of stolen property, a hit-and-run accident, and even the involvement of the Los Angeles Police Department and California Highway Patrol. Through this narrative, BIG JOB’s lasting influence on the artist and the experimental possibilities of the medium are readily apparent. 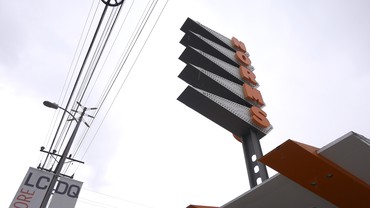 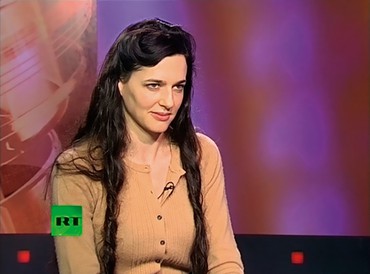