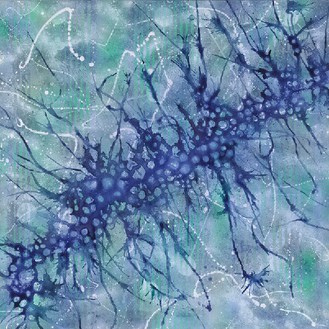 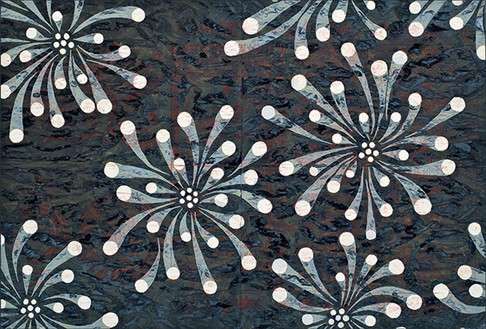 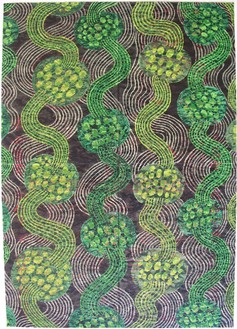 Alberto Di Fabio's paintings and works on paper merge the worlds of art and science, depicting natural forms and biological structures in vivid color and imaginative detail. Throughout his abstract images, the artist has developed and expanded his interest in the natural world, with early works dealing with the structures of flora and fauna, as well as eco and astral systems. Di Fabio's more recent paintings have focused on genetics and DNA, the synaptic receptors of the brain, moving his work into the realm of pharmaceutical and medical research. 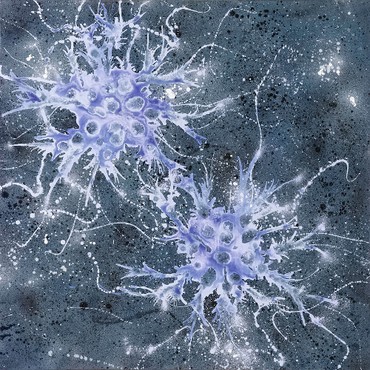 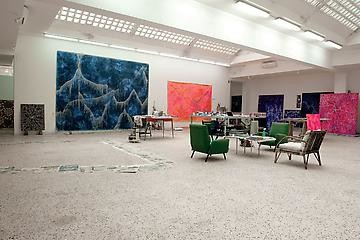 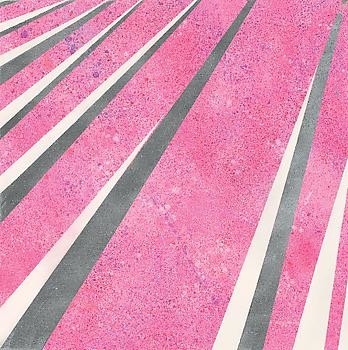 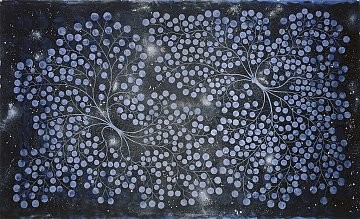 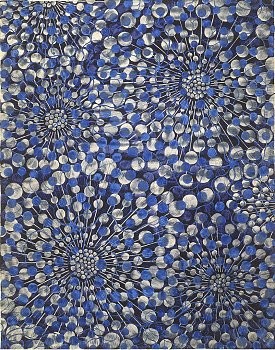 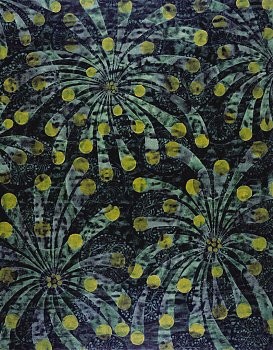 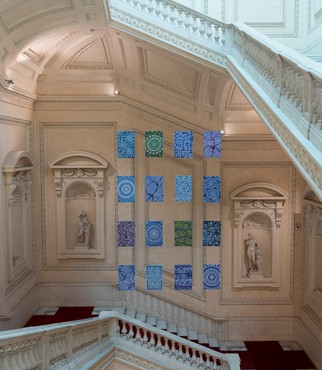 Alberto Di Fabio’s aerial installation, I Quanti (2019) has been permanently installed in the Palazzo Koch in Rome. Commissioned by Banca d’Italia, the work consists of sixteen paintings on rice paper suspended above the grand staircase. 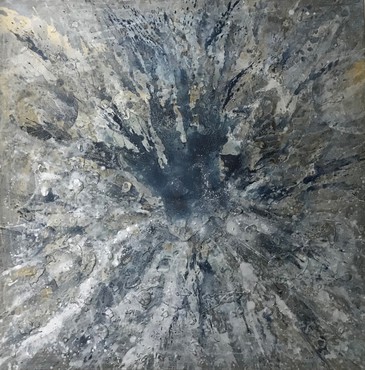 Alberto Di Fabio’s paintings are abstract and gestural, full of scientific iconographies, inspired by both astronomy and biology. His images, which bring macro- and micro-universes together in lively and colorful combinations, are shown alongside geometric abstractions by Léon Tutundjian. 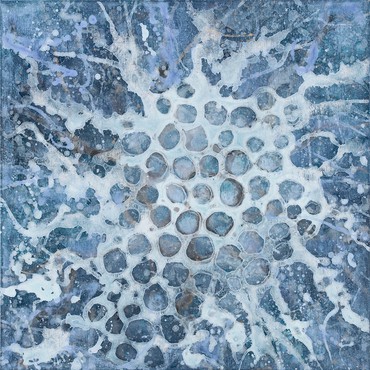 Alberto Di Fabio asks us to reflect on how we perceive all that is around us by enlarging what is small and invisible, for this is not less important. For this exhibition he is paired with the Bilbao-based artist Kepa Garraza.