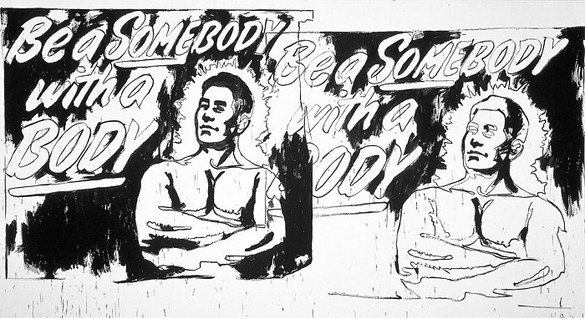 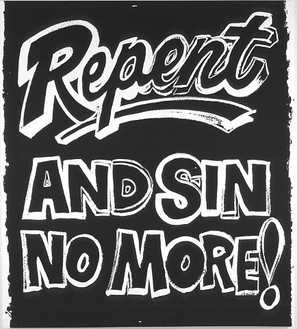 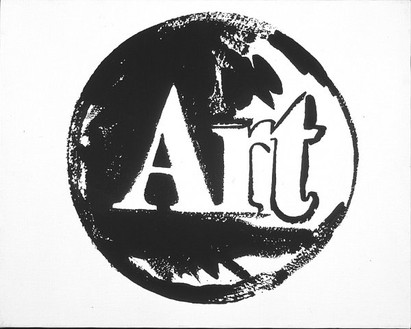 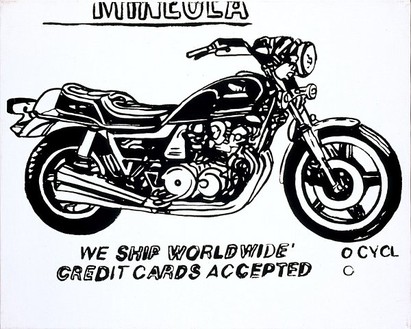 Gagosian Gallery is pleased to announce the exhibition of Andy Warhol's Late Paintings – primarily the stark black-and-white ad paintings from the mid-1980s.

For this group of works, Warhol returned to his scrapbooks of ads from the 1950s and chose those with hand painted illustrations and lettering. The works – which feature images that have been enlarged and screened on blank white canvases – are both brash and icy. While the images are made by hand, the paintings seem totally blank and disembodied.

In fact, the paintings are so emphatically dry in appearance they seem to suggest that, if pushed any farther, they might simply vanish. In short – to mimic one of the slogans – the paintings are just "one breath away" from returning to their abstract essence.

Around the same time, Warhol was making his Camouflage paintings – vivid designs that are really about the notion of making things disappear, and his black and white Rorschach works – inky blotches intended to communicate with "the other world" of our deepest psyche.

The black and white ads and illustrations must be considered in the light of Warhol's impulse, as the year of his death drew near, to fiddle with the beyond as it is transmitted to us through the odd cultural phenomena of the human world.

The exhibition is accompanied by a fully illustrated catalogue, with a 1985 interview with the artist by Benjamin Buchloh.