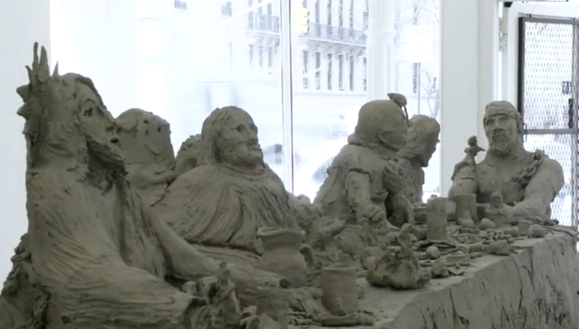 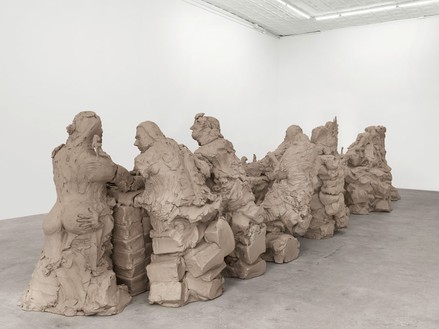 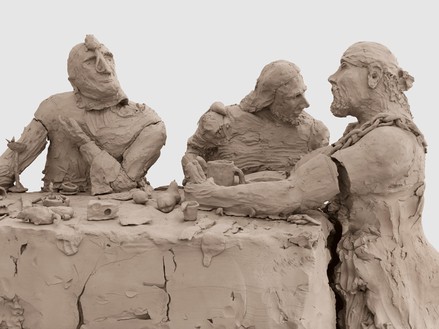 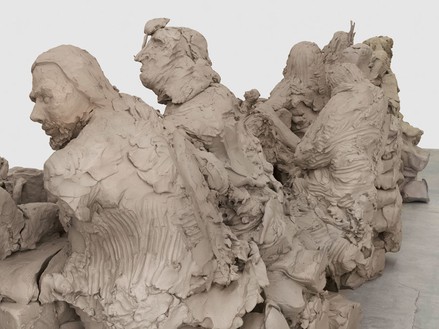 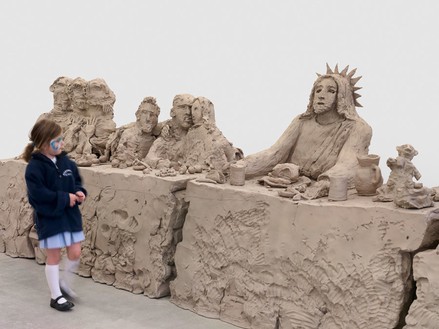 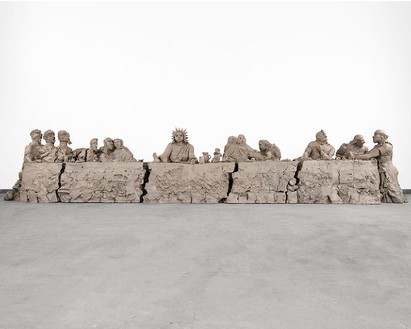 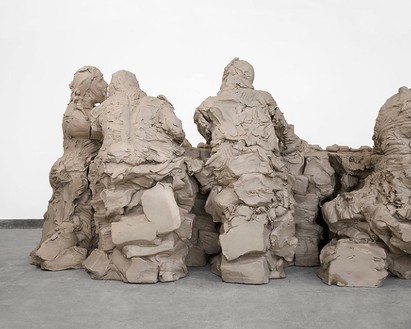 Gagosian New York is pleased to present a new exhibition in two parts by Urs Fischer, opening on April 3, 2014.

The exhibition is directly related to the vast and extraordinary installation YES, which Fischer and fifteen hundred participants made on-site at the Geffen Contemporary in 2013 together with 1,500 participants, parallel to his survey exhibition at the Museum of Contemporary Art, Los Angeles. Working quickly with clay, in a manner more like a sketch—abstract, approximate, and raw—they were able to achieve an unprecedented directness. But where YES dealt with the ephemeral energies of a collective creative act, Fischer’s new exhibition eternalizes key elements of the original installation as cast unpatinated bronze and gilded bronze figurative sculptures.

The exhibition is in two parts, uptown and downtown. The uptown exhibition inaugurates the opening of a new Gagosian space, Park & 75, at 821 Park Avenue at 75th Street, a storefront gallery of approximately a thousand square feet in a landmarked building. The gallery contains a single large-scale sculpture, last supper, Fischer’s take on the classical religious theme, cast in bronze from the original unfired clay composition that first appeared as a central element of YES.

Simultaneously, an exhibition of other sculptures that Fischer has selected and cast from YES will open in a temporary location downtown operated by Gagosian in a former Chase bank branch at 104 Delancey Street on the Lower East Side. The bland features of the bank’s architecture and decor have been retained, from the corporate signage to the vaults—an incongruous setting for Fischer’s guilelessly expressionistic and exuberant sculptures. From the vast array of forms and figures that YES generated, Fischer has, for the most part, selected some that he initiated then left open to his collaborators to finish as they wished, adding to the alterity and diversity of the final results. The cast bronze sculptures, some of which are silver- and gold-plated, are a heterogenous bunch that includes a one-legged boy in an armchair, a big foot, a fireplace, some columns, a bust of Napoleon, a Louis XIV chair, a mermaid (conceived as a functional fountain), a depiction of sleep, a man copulating with a pig, a man and woman embracing, a hat on rocks, a man in a boat, a faceless cat, a pile, a Pièta, a lion in chains, and so on. Like dreams, these works have no logical relation other than Fischer’s affection for them, a “chaotic little non-family of things,” brought together in an unexpected and therefore “convulsive” context. 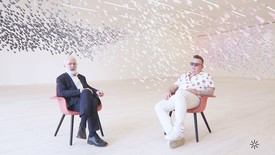 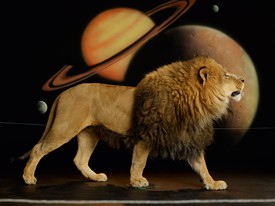 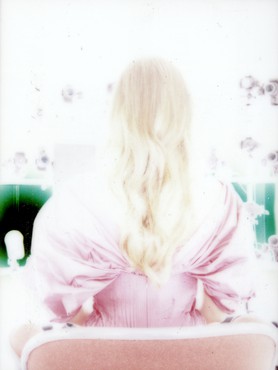 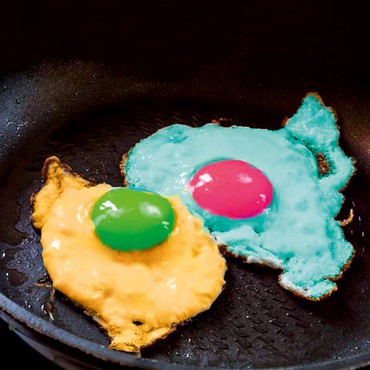