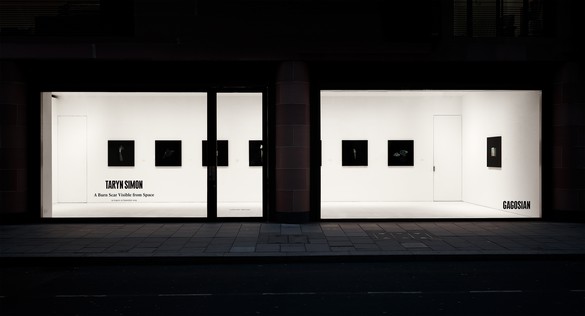 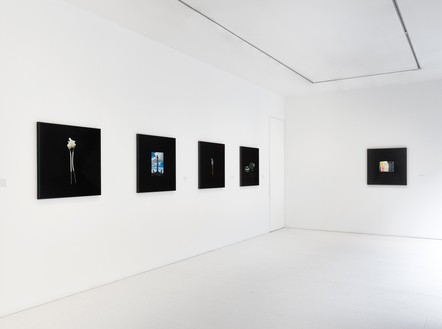 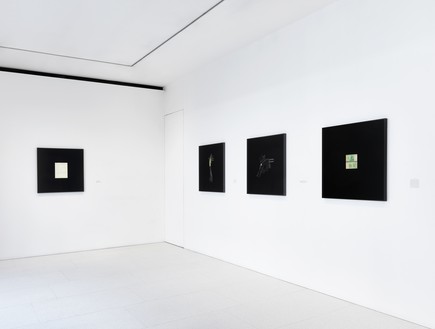 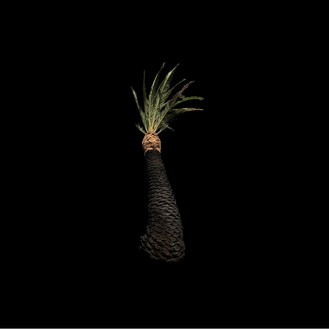 Taryn Simon, Black Square XXIII. Phoenix canariensis, a date palm native to the Canary Islands, is an invasive species in the state of California. The Los Angeles County Fire Department lists Phoenix canariensis as a fire hazard that should be removed from the vicinity of structures. The scale and severity of California’s fires have escalated markedly since the 1980s due to overgrowth resulting from aggressive fire suppression tactics, climate change, and increased residential construction in forested areas. The Woolsey Fire, which began on November 8, 2018, burned 96,949 acres of land in Los Angeles and Ventura counties, leaving a burn scar that is visible from space., 2019, from the series Black Square, 2006– 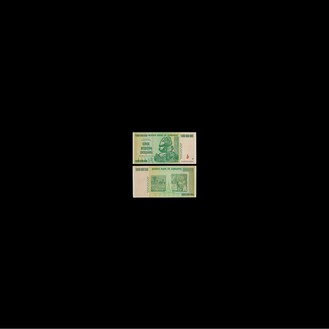 Taryn Simon, Black Square XXI. The billion dollar bill was printed during Zimbabwe’s political and economic crisis at the turn of the century, a period in which the value of the Zimbabwean dollar (ZWR) plummeted, leading to hyperinflation. The ZWR banknote was redenominated three times between 2006 and 2009. The largest note printed by the Reserve Bank of Zimbabwe, the ZWR 100 trillion, dropped from an initial value of approximately 30 American dollars to a low value of approximately 35 American cents. In 2009, Zimbabwe abandoned the ZWR for a combination of domestic bond notes and multiple foreign currencies. Ten years later, Zimbabwe attempted to stabilize a newly created domestic currency by banning the use of foreign currencies altogether. In the face of political unrest and economic anxiety, many Zimbabweans have elected to hide their money or send it out of the country. As a result, Zimbabwe is quickly going cashless as it moves towards a full-scale digital economy., 2018, from the series Black Square, 2006– 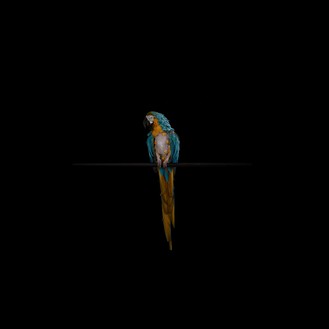 Taryn Simon, Black Square XI. In captivity many birds develop Feather Destructive Behavior as a result of conditions including lack of psychological and emotional stimulation, stress, lack of companionship, and limited freedom. “Amiga” is a blue and gold macaw suffering from this condition., 2012, from the series Black Square, 2006– 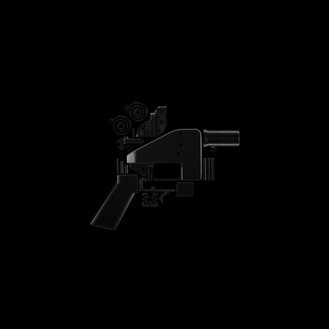 Taryn Simon, Black Square XIII. “The Liberator” is a 3D-printed handgun, printed on the MakerBot Replicator 1, in New York, NY on July 12, 2013, using black ABS plastic. Print time: 9 hours, 48 minutes. The online blueprints for the gun were downloaded over 100,000 times before the U.S. State Department demanded their removal from the creator’s website., 2006, from the series Black Square, 2006– 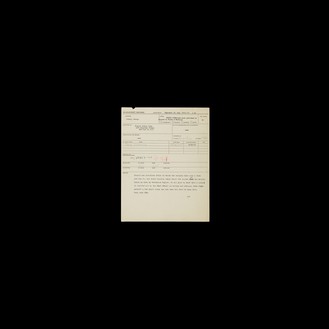 Taryn Simon, Black Square XVI. George Orwell’s Animal Farm was rejected by Knopf Publishing Company on September 18, 1945. The manuscript was described as a “[s]tupid and pointless fable in which the animals take over a farm and run it, and their society takes about the course of the Soviet Union as seen by Westbrook Pegler. It all goes to show that a parallel carried out to the last detail is boring and obvious. Even Pegler gets off a few smart lines now and then but this is damn dull. Very very NFK.”, 2006, from the series Black Square, 2006–

Pink and yellow slips of paper announce the results of the ballot count in Haringey, London, for the European Union membership referendum; a billion-dollar Zimbabwean banknote marks the rapid decline of the nation’s currency; an empty 80-foot pedestal in New Orleans recalls the sanctioned removal of a statue of Confederate army commander Robert E. Lee by a crew wearing bulletproof vests; a charred palm tree, brought to California from the Canary Islands to populate large residential estates, has both fueled and survived a devastating wildfire; a Picturephone from 1964, deemed unnecessary at the time of its release, is an obsolete prototype for present-day video communication; and the dark power of 3-D printing is made clear with a gun named The Liberator, the plans for which can be downloaded by anyone with a Wi-Fi connection.

In the Black Square photographs, Simon presents objects, documents, and individuals in a black field given the same dimensions as Kazimir Malevich’s 1915 painting of the same name. Selected without any intentional categorization, Simon’s subjects form a randomized index of human invention and activity. They are fragments of recent history—detached from context and freighted with anxiety.

In 1915, World War I was far from over. Chlorine gas was used as a war weapon for the first time. Pluto was photographed, though not yet discovered. It was the eve of the October Revolution. Malevich described his work—a thickly painted black square, set within a white border—as the “icon of [his] era,” an eclipse for the modern gaze. This description set his painting in direct opposition to (or, perhaps, in alignment with) popular religious icons.

In 2019, icons are to be found not only in a church’s candlelit interior: political leaders, scientists, and activists are icons; the apps and logos on our phone screens are icons. In a mutating echo of Malevich’s Black Square, every major cellular device and digital platform has its own version of a black square emoji, but none agree on what it represents.

Witnesses to both ingenuity and mortality, most of the objects in Simon’s photographs will outlive us all. This is especially true for Black Square XVII, an 80-by-80-by-80-cm cube containing a mass of vitrified nuclear waste that will remain in Russia’s State Atomic Energy Corporation until the year 3015, when it will finally be safe for human observation. Charged with the uncertainties of the future, Simon’s black squares reveal what we have done, and ask what we’ll do next. 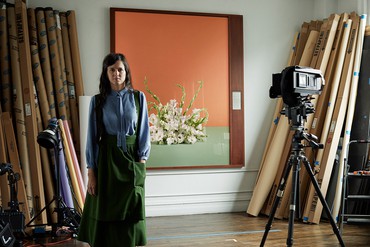 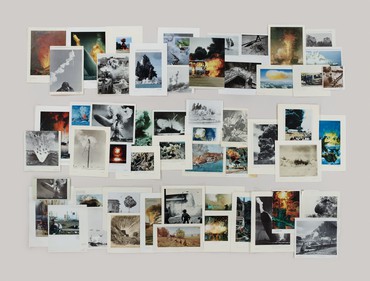