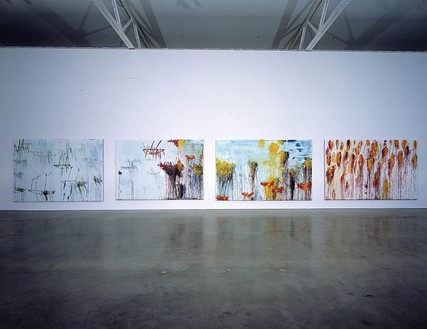 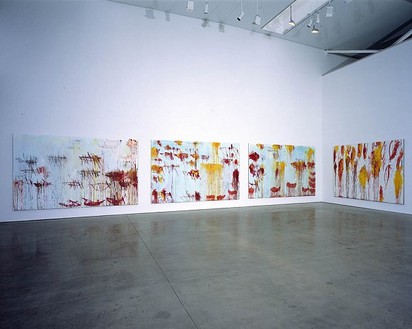 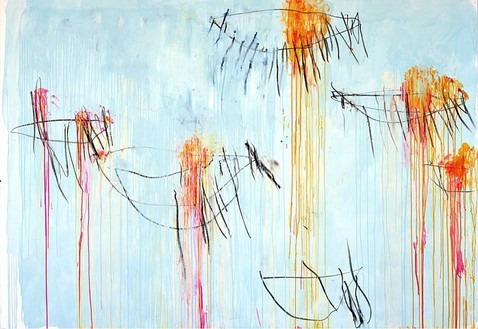 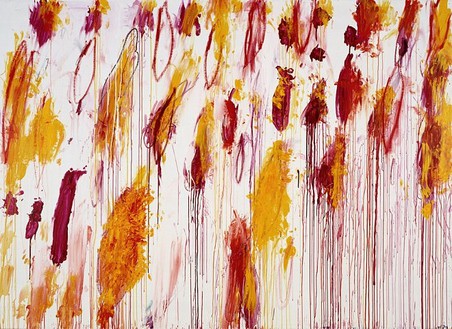 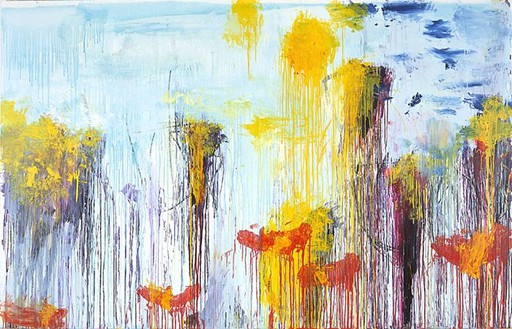 Gagosian is pleased to present an exhibition of paintings by Cy Twombly. Lepanto, a painting in twelve parts, was first exhibited at the 49th Biennale di Venezia in the summer of 2001.

This suite of paintings depicts the famous sixteenth-century sea battle of the combined European forces under Venetian leadership against the Ottoman invasion. The glorious sequence of panels is to be absorbed as a single image, a panoramic portrayal of war on a heroic scale where the viewer stands in the midst of the battle through to the destruction by fire of the Turkish fleet.

As grim and sometimes uproarious as the panels are, their cumulative effect, as we move among them, or step back to take in the whole sequence as a single image, is one of luminous intensity. We witness historical evidence through a personal meditation on tragedy. Certainly Lepanto is an accounting, but not a final summing up. We are still, with Twombly, in the thick of the fight.

A fully illustrated catalogue with essays by Richard Howard and Kirk Varnedoe will accompany the exhibition.