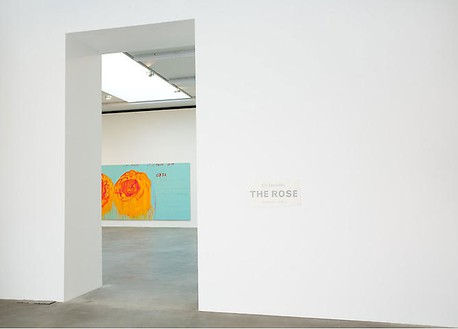 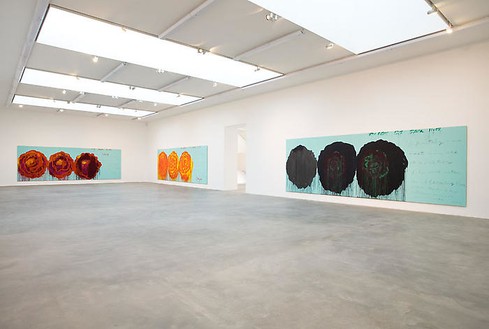 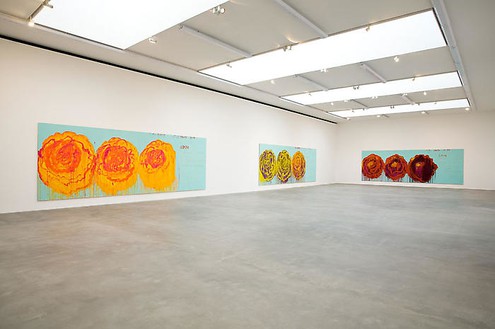 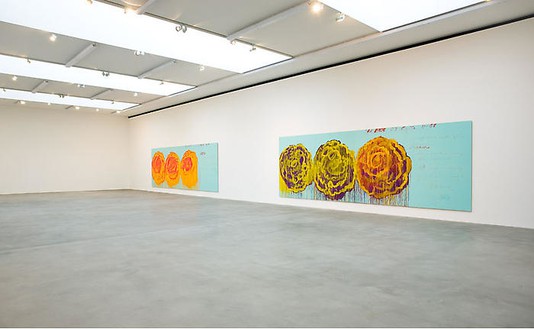 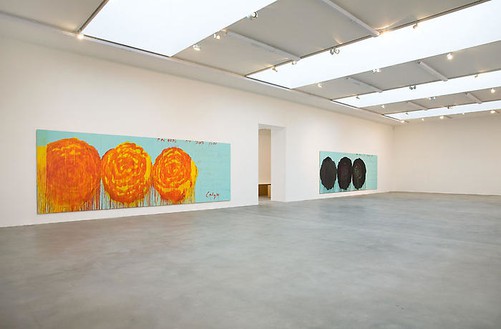 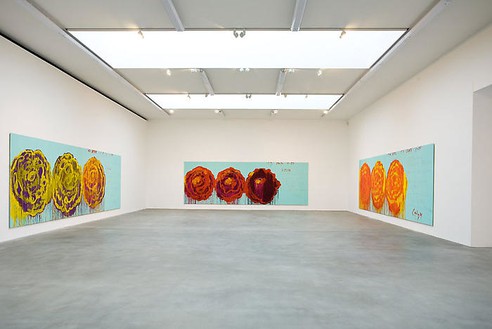 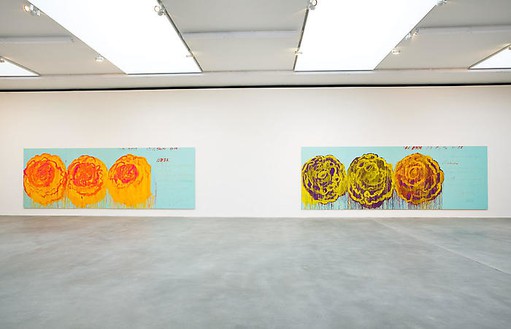 Gagosian is pleased to present an exhibition of five new monumental paintings by Cy Twombly.

Each painting comprises four wood panels on which three roses in full bloom are depicted in pulsating colors, ranging from deepest burgundy to tangerine, gold, violet, and crimson, set against a background of vibrant turquoise. Inscribed on the last panel of each painting are fragments from Rilke’s poem cycle “The Roses.” Stanzas scrawled in a gestural mode reflect Twombly’s characteristic conflation of painting and poetry, image and word, while his brushwork describes petals bursting open, together with words that hint and evoke. He allows the paint to flow down the panels so that liquidity and gravity interact, asserting the vertical passage of the medium over the broad horizontality of the support.

Some aspects of Twombly’s new works recall his earlier cycle of paintings, Analysis of the Rose as Sentimental Despair (1985), now in The Menil Collection, Houston, which also referred to quotations by Rilke, as well as by Rumi and Giacomo Leopardi, embracing conceptions of nature dominated by its inevitable demise. Twombly’s ardent, bold, and often flamboyant use of color has other affinities—with Warhol’s Flower series, for example, or Matisse’s late paper cutouts. But just as the rose recurs throughout Rilke’s work as a memento mori, so does Twombly employ the motifs and conditions of the natural world to allude to the pleasure and transience of life.

The exhibition will be accompanied by a fully illustrated catalogue with an essay by Jonathan Jones.