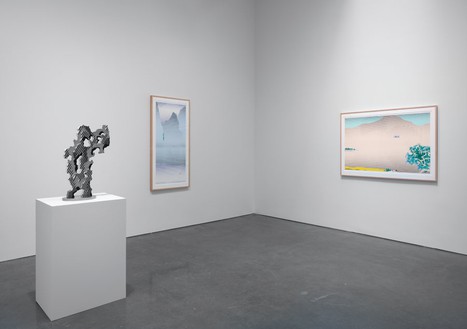 I think [the Chinese landscapes] impress people with having somewhat the same kind of mystery [that historical] Chinese paintings have, but in my mind it’s a sort of pseudo-contemplative or mechanical subtlety. . . . I’m not seriously doing a kind of Zen-like salute to the beauty of nature. It’s really supposed to look like a printed version.
—Roy Lichtenstein

Gagosian is pleased to present an exhibition of Roy Lichtenstein’s Landscapes in the Chinese Style.

Throughout his prodigious career Lichtenstein mined antecedent imagery, taking inspiration from a diverse array of sources, from comic strips and advertising slogans to classical architecture and the art of the European modernists. Captivated by traditional Chinese painting, in particular from the Song Dynasty (960–1279 CE), he considered how to craft the delicate, ethereal atmosphere so implicit to the Landscapes in the Chinese Style. The monochromatic prints of Edgar Degas, featured in an exhibition at the Metropolitan Museum, New York, in 1994, provided inspiration. He was struck by his predecessor’s ability to suggest the features of a landscape with just a few strategic swathes of gray, allowing a nebulous shape to stand in for exacting form. Lichtenstein also visited exhibitions of East Asian Art in New York, Washington and Boston, and perused the exhibition catalogues—which may partly account for his emphasis on the secondary nature of the source imagery, deriving from reproductions of original works rather than from the works themselves.

Lichtenstein reinterpreted traditional scenes and motifs using his own established methods and materials. Carefully stylized, his Chinese landscapes are formed with Benday dots (stenciled meticulously to mimic printing) and block contours, rendered in hard, vivid color, with all traces of the hand removed. Consistent with his entire oeuvre, the Chinese landscapes play with American tendency towards stereotypes and clichés by incorporating the elements of Asian culture most familiar to Western viewers—a crooked bonsai tree, a pointed coolie hat, and so on. However, the overt irony of his earlier Pop works cedes to aestheticism and formal delicacy: rather than mimicking the arbitrary techniques of commercial illustration, the dots appear in cloud-like patches that express the effervescence of space and form, as in the dreamy, abstract Landscape with Boat (1996). As if submitting to the intrinsic serenity of his source material, Landscapes in the Chinese Style reflect on the harmony and balance of historical imagemaking through an unmistakable and edgy lexicon of modern visual effects.

A fully illustrated catalogue will accompany the exhibition, featuring essays by Berlin-based Lichtenstein specialist Karen Bandlow-Bata and Carol Yinghua Lu, a Chinese writer based in Beiijing. 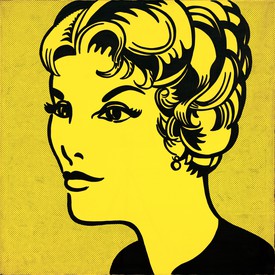 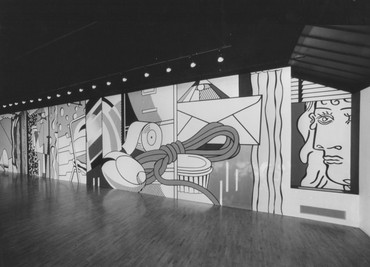 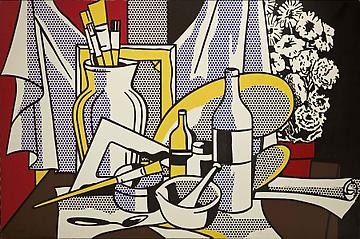 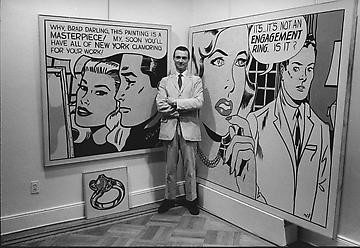