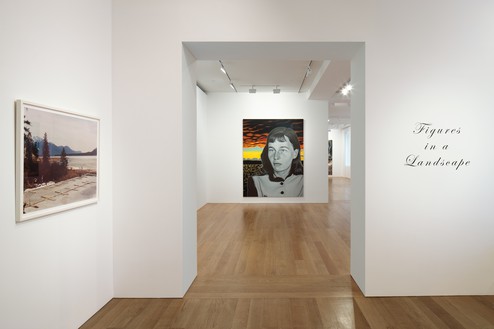 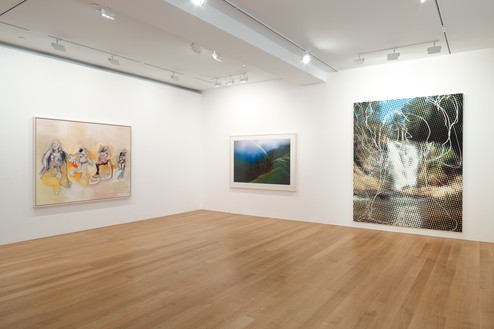 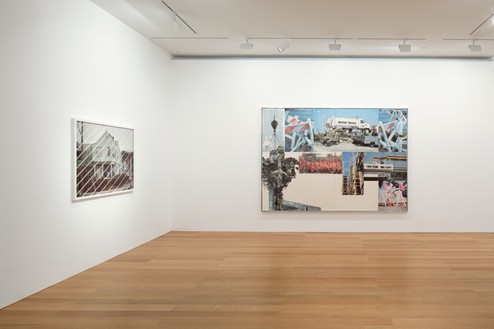 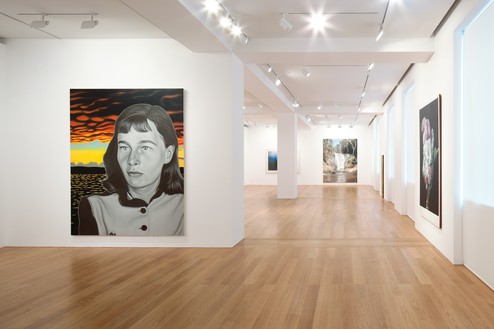 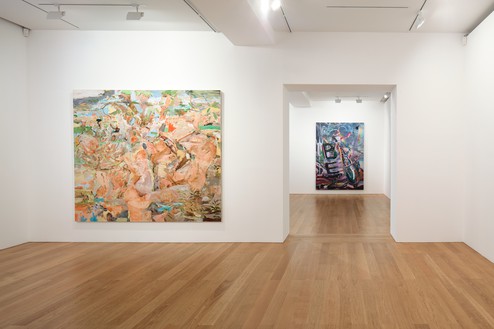 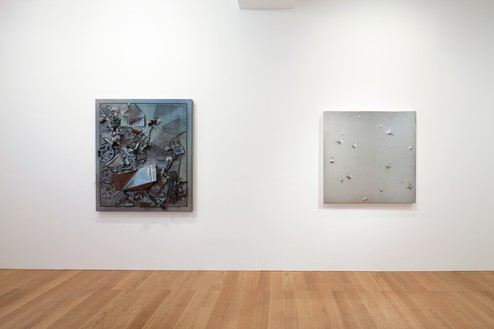 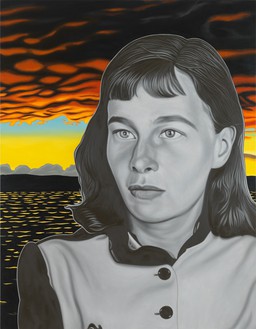 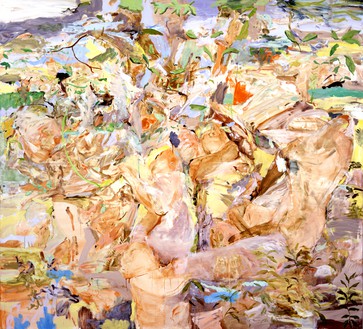 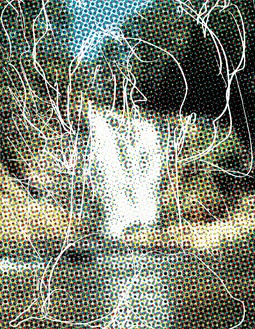 Inspired by Roy Lichtenstein’s 1985 painting, Figures in a Landscape explores the classical artistic theme that remains of persistent interest to contemporary artists the world over. Here, three generations of artists, in works spanning more than twenty-five years, elaborate on the theme in paint on canvas, photography, or a synthesis of the two, producing images that are highly diverse in approach, content, and effect.

The late Pop icon Roy Lichtenstein is represented by a modern homage to the landscape idylls of French Classicism, with its abstracted scene of nymphs dancing in a forest. In contrast to the sketchy yet meticulously rendered flatness of Lichtenstein’s composition, Cecily Brown’s Figures in a Landscape I (2001) is a sensuous mélange of fleshy oil paint that recalls the loose brushwork and jumbled forms of Abstract Expressionism. Jeff Koons’s Waterfall Dots (Tree Rocks) (2008), with its oscillating visual field and anatomical overdrawing, revisits Marcel Duchamp’s famous Étant donnés, where a primordial landscape provides the backdrop for a mysterious naked female body.

In the 1980s, Richard Prince began “rephotographing” commercial photography, underscoring the pervasive influence of art history in the construction of advertising and popular visual media. Untitled (Cowboys) (1999), a sweeping mountain landscape with a rainbow cropped from an iconic Marlboro advertisement from the 1980s, is deeply indebted to the American Romantic landscape painting tradition as typified by the Hudson River School, while Roe Ethridge’s somber first-degree photographs provide a rather less heroic and more melancholy view of the contemporary American vernacular. Directly opposed to Ethridge’s low-key, gritty realism are the surreal and highly artificial compositions by Glenn Brown and Richard Phillips, in which figures emerge from backgrounds as if from a black-box theatrical set or a lurid landscape backdrop. 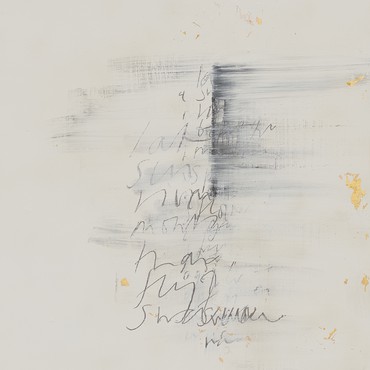 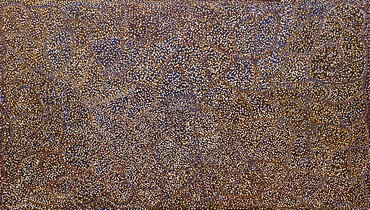 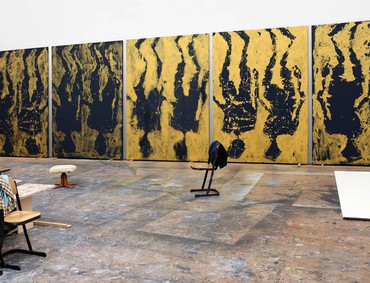