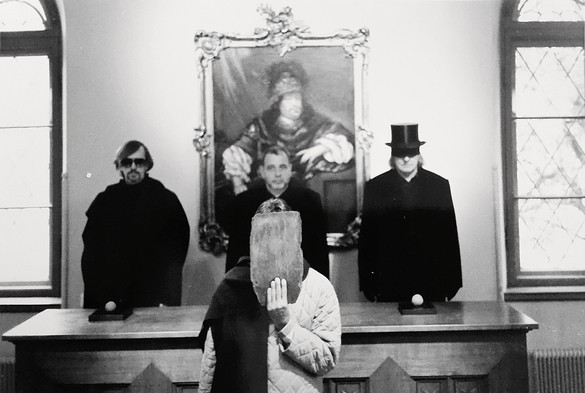 David Frankel is the former editorial director in the publications department of the Museum of Modern Art, New York. He was an editor at Artforum in the 1980s and ’90s and remains a contributing editor there.

What Thomas McEvilley will surely go down in art history for is a series of writings in Artforum in 1984–85 that deeply altered the public perception of museum practices and of museums themselves. What should be equally admired, though, and what I myself still find startling almost forty years after I first met him, was the quality of his knowledge, wide, deep, and esoteric. Here he is in 1982 on a work by Eric Orr, a member of California’s Light and Space movement like Robert Irwin, James Turrell, and others, but in Tom’s eyes different:

Blood Shadow was a ritual involving sympathetic magic, mingling the stream of Orr’s art with the ancient past. With this piece Orr began layering his work into a complex cultural archeology which, designed to free him from European art history, would ultimately restore him to it. Hereafter the Egyptian stratum of this archeology would surface frequently. Egyptian art, after all, was both eerily “Modern” and deeply concerned with the sense of negative presence, of the transition to the bodiless Prior which is, in the language of an Egyptian coffin text, “the universal primordial form of life.”

That Orr’s eye was focused on ancient Egypt was basic information: Blood Shadow, after all, a work in glass and human blood (Orr’s), was ultimately buried in the sand at Giza, near the pyramid of the pharaoh Menkaure, culminating a series of moonlit ceremonies on two continents. (Back then, every issue of Artforum, where Tom’s essay was published and I had recently begun work as an editor, was vetted by libel lawyers before publication; their comment here was something on the lines of “Please confirm that this bizarre ritual actually took place.”) But Tom wouldn’t have needed Orr to fill him in on the ancient world—his PhD was in classical philology (he had mastered Greek, Latin, and Sanskrit), and as a professor at Rice, in Houston, he taught on the history of religion among much else. Those introductions of “negative presence,” the “bodiless Prior,” and the Egyptian coffin are pure Tom. In January 1982, a few months before the Orr piece, Artforum had published an essay of his on Yves Klein in which Rosicrucianism, self-described as a distant descendant of Egyptian mysteries among others, had played a big role; Klein’s famous IKB (International Klein Blue), a paint color the artist custom-mixed and filed papers to patent, Tom read as incarnating the Rosicrucian principle of “Spirit-that-holds-all-things-dissolved-in-itself.” Klein had previously been seen in the United States as something of a clown—a “vaudevillian,” according to John Canaday in the New York Times in 1967, whose art was a form of “stuntsmanship.” His reframing in this country owes a good deal to Tom.

A classicist, a historian, a philosopher, an art critic, a mystic—when I was trying to schedule a phone call with Tom once, he told me he wouldn’t be able to talk to me in a given week because he’d have taken a vow of silence. I thought he was joking; he wasn’t.

A classicist, a historian, a philosopher, an art critic, a mystic—when I was trying to schedule a phone call with Tom once, he told me he wouldn’t be able to talk to me in a given week because he’d have taken a vow of silence. I thought he was joking; he wasn’t. So that was his demonstrated scope, but I wonder whether William Rubin and Kirk Varnedoe had much sense of the writer they were dealing with when, in November of 1984, they read his evisceration of their lavish exhibition “Primitivism” in 20th Century Art: Affinity of the Tribal and the Modern, at New York’s Museum of Modern Art. They were proud of their show, understandably so: with a checklist of around 350 works, it compared modern and contemporary painting and sculpture with tribal objects from Africa, Oceania, and North America, an idea that others had pursued previously but never on so grand a scale. Attempting to demonstrate what they called “affinities” between modern and tribal object-makers, Rubin, the head of MoMA’s painting and sculpture department, and Varnedoe, a professor at New York University’s Institute of Fine Arts (and later Rubin’s successor at MoMA), had assembled a fabulous group of loans and a two-volume catalogue crammed with detailed scholarship. So when Tom wrote a feature-length pan that Ingrid Sischy, then Artforum’s editor, smartly put on the issue’s cover, they decided to take him on.

The result was a protracted series of exchanges on the letters page of Artforum in February and May of 1985, in which first Rubin and Varnedoe, then Rubin alone, took issue with Tom’s essay on both intellectual and factual grounds and Tom replied. A couple of years later, when Janet Malcolm profiled Ingrid in the New Yorker, she called part of this exchange—a dispute about the number of objects shown in a pair of vitrines at the Pompidou, Paris, between 1977 and around 1982—“one of the most excruciatingly particularized squabbles about a matter of doubtful significance ever published.” Malcolm’s knowledge of such squabbles being no doubt wider than mine, I can only defer; but that description underplays the drama of the letters, the repeated Gotcha’s! and No-you-don’t’s! that riveted Artforum’s readers and were, I suspect, a good part of what attracted the attention of the New Yorker. More important, though, was the simple spectacle of a critic standing up so publicly to Rubin and to MoMA, formidable embodiments of both personal and institutional authority; and more important still was the substance of Tom’s argument, which the need to restate three times—once in the review and twice later in the letters—only gave him the opportunity to clarify and refine.

“Primitivism” in 20th Century Art seems to have seemed within MoMA like a corrective to art history, an acknowledgment of the quality of the objects produced by tribal cultures. Tom saw it the other way around: modernism remained central in the exhibition while tribal objects orbited around it. He faulted MoMA deeply for its lack of interest in the context from which the tribal objects had emerged and the functions to which they had been put, with the result that they seemed to matter only for their relation to modern and contemporary art. By the time of his third essay, Tom was able to write, prophetically I think, “Our tribal view of art history as primarily or exclusively European or Eurocentric will become increasingly harmful as it cuts us off from the emerging Third World and isolates us from the global culture which already is in its early stages. We must have values that can include the rest of the world when the moment comes—and the moment is upon us.” If MoMA and museums generally are today attempting to become more ecumenical, the “Primitivism” debate was a crucial step on the way. 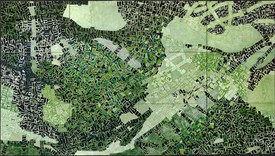 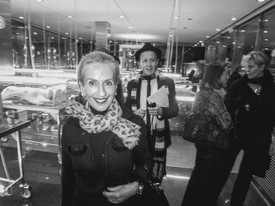 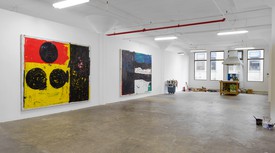