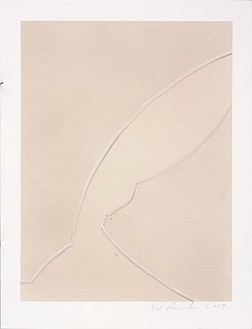 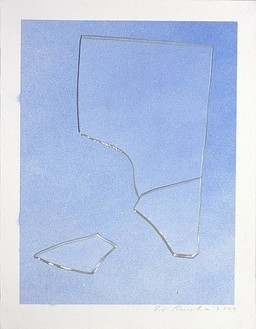 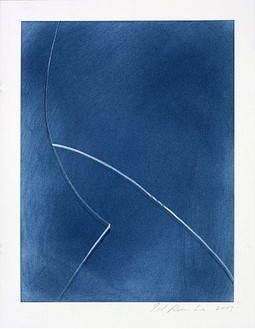 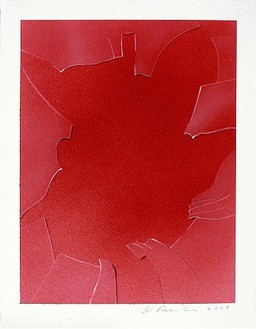 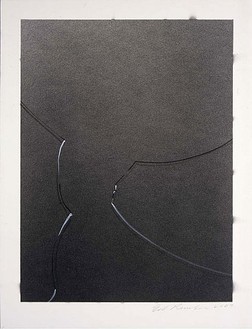 Gagosian is pleased to present Busted Glass, a new series of drawings by Ed Ruscha.

Ruscha’s art defies easy categorization. He has recorded the shifting emblems of American life in the form of Hollywood logos and stylized gas stations. His choice of words and phrases mines the perpetual interplay between language as a physical thing and language as a transparent medium. The mystery of his drawings begins with drawing itself, and its equivocal position in Western art between the realms of objects and ideas.

In Busted Glass, Ruscha depicts with delicate precision panes of glass, cracked, broken, or in shards. The transparent substance and its elusive subject matter are defined only through subtle modulations of light and shade. And, like so many of his artistic emanations, these small and exquisite drawings contain a larger paradox.

Ruscha has often evoked the window as metaphor. In drawings from the ’80s, the shadow of a window crossbar and its light play became the background for words as a kind of self-reflexive artistic debate—a spectacle engaged in an assault on its own claims of realism. In Busted Glass, mimetic devices participate in their own undoing, as the artist discourses with the formal capacities of drawing. Drawing as a kind of graphological disclosure has an inveterate connection with gesture and its meaning. But in the new drawings is Ruscha’s hand creating the contingent fault line of the glass, or is he pointing to its form as something ultimately intangible?