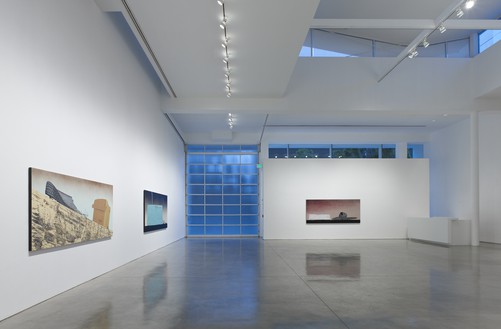 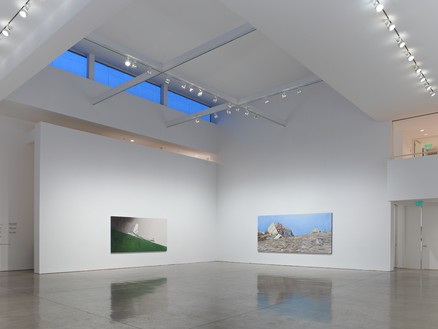 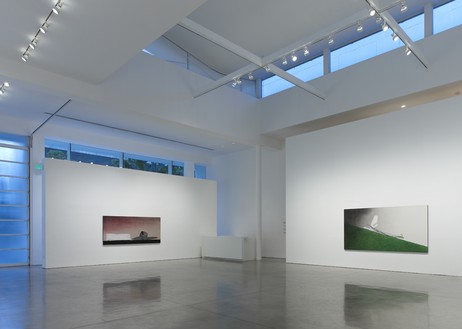 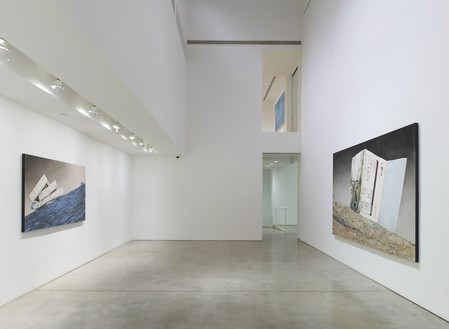 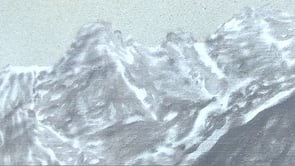 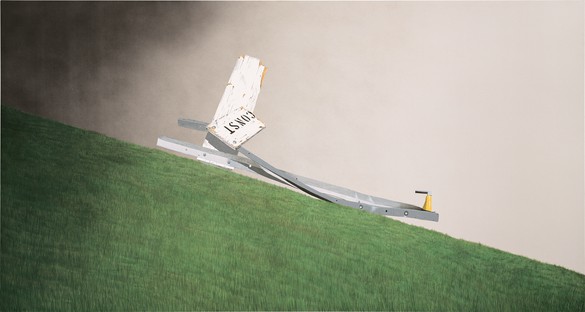 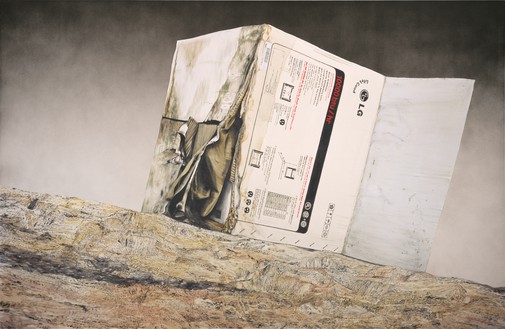 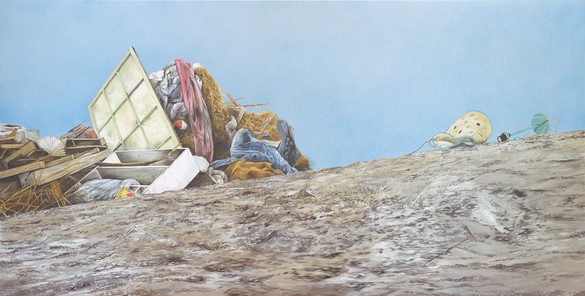 Deterioration is a fertile area to explore.
—Ed Ruscha

Gagosian is pleased to present ten new paintings by Ed Ruscha, in his first painting exhibition in Los Angeles in twelve years.

Psycho Spaghetti Westerns are a surreal extension of the ideas that motivated the Course of Empire series, with which Ruscha represented the United States at the 2005 Biennale di Venezia. Course of Empire was inspired by five paintings by Thomas Cole of the Hudson River School, which depict the same landscape over time as it declines from a pristine natural state into desolation. Similarly, Ruscha has documented the effects of time on landscape in a manner that is both empirical and metaphorically charged, creating finely nuanced exercises in perception and memory that he describes as “waste and retrieval.”

In these wide horizontal paintings, landscape becomes a mental construct of abutting abstract surfaces—one a sfumato backdrop, the other a representational ground (grass, scrub, rock). This structure—a strong diagonal that cuts the picture plane, dividing background from foreground—is a pictorial device that Ruscha has often used, dating back as far as the Standard Station paintings of the 1960s. Here it provides a near-neutral picture plane for meticulously rendered still lifes in which incidental trash—tire shreds, beer cans, construction materials, packaging, and discarded mattresses—provide for reflection on the transformation of things by nature or culture.

Ruscha’s singular vision defies easy categorization. He has recorded the shifting emblems of American life in the form of Hollywood logos, stylized gas stations, and archetypal landscapes. His wry choice of words and indirect phrases mines the perpetual interplay between language as a physical thing and language as a transparent medium. Although his images are undeniably rooted in the vernacular of a closely observed American reality, his elegantly laconic art speaks to more complex and widespread issues regarding the appearance, feel, and function of the world and our tenuous and transient place within it. 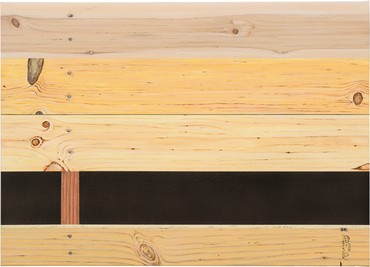