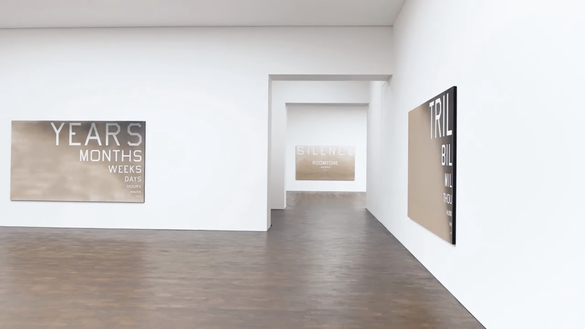 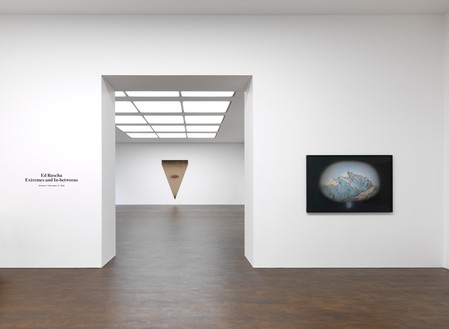 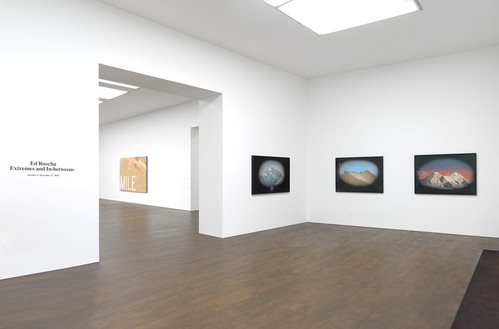 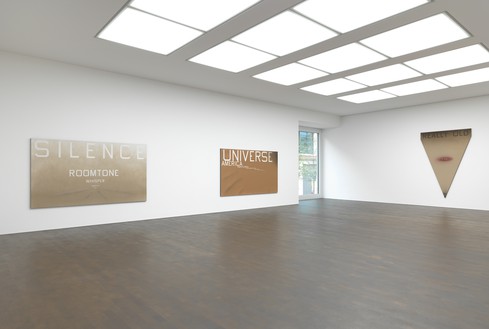 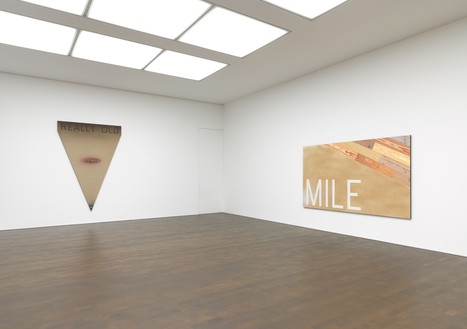 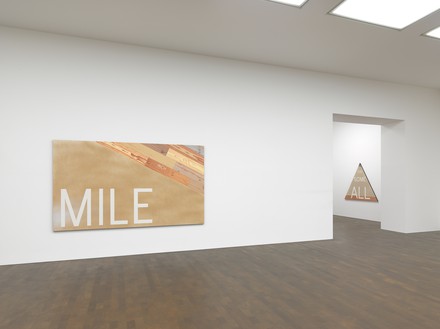 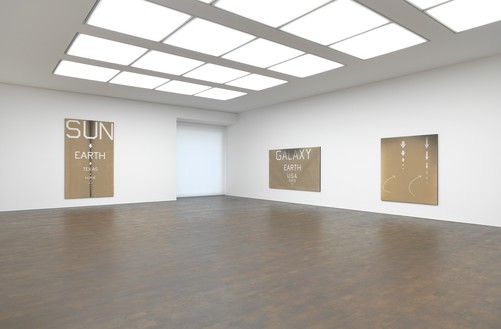 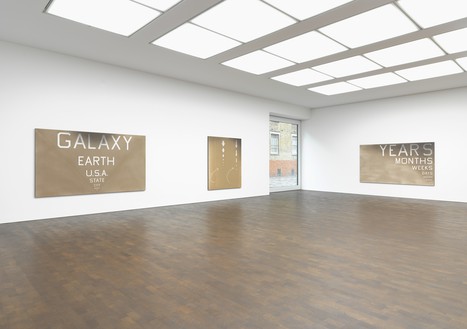 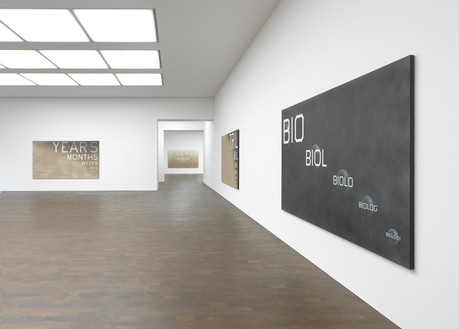 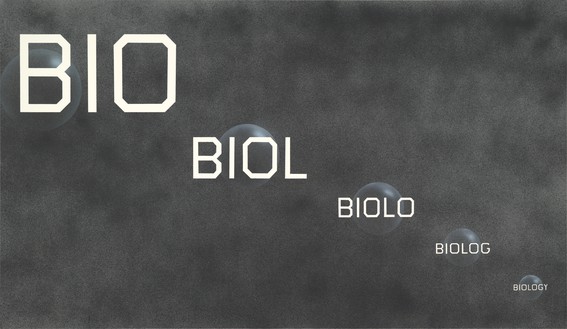 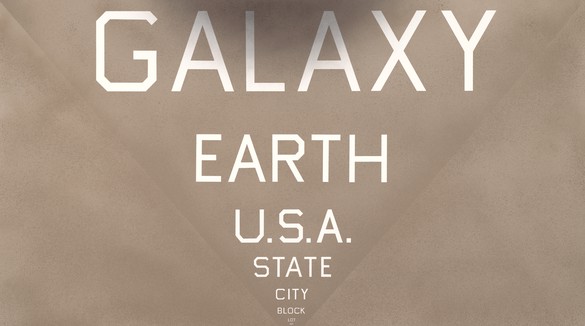 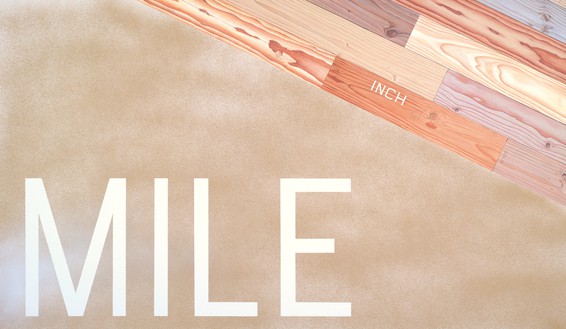 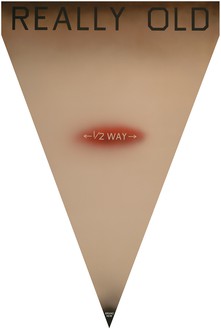 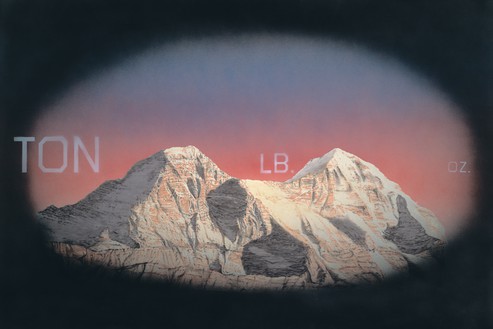 Gagosian is pleased to present an exhibition of new paintings by Ed Ruscha.

In the restrained paintings that comprise Extremes and In-betweens, all completed in 2016, Ruscha sets in motion a dynamic interplay of words and their meanings in ascending and descending shifts of scale and tone that echo the relation of macrocosm to microcosm. Universe With Wrinkles depicts places in a diminishing progression from “UNIVERSE” to “AMERICA,” to “TAMPA, FLORIDA” to “10414 N. NEWPORT CIRCLE,” continuing to shrink coordinates to “TOP LEFT DRESSER DRAWER,” becoming progressively less readable and thus less visible. In Galaxy, spatial concepts are stacked on top of one another in diminishing scale—“GALAXY,” then “EARTH,” “U.S.A.,” and so on—like a vision test card. The subtle, powdery backgrounds of the paintings vary between muted black and an earthlike tone that Ruscha describes as “a color that forgot it was a color.” In the process of stenciling that Ruscha employs here, the background is laid over stencils onto the primed canvas, rendering the words as negative space. Text is formatted in the now-familiar typeface of his own design, which he has referred to as “Boy Scout utility modern,” used in the renowned Mountain paintings. In Arrows, directional markers oppose one another, with straight lines jarring against curvatures, indicating oppositional systems in a visual meditation on containment and coexistence.

A distinct group of four paintings takes up the mountain motif, which has recurred in Ruscha’s work since the 1990s. Underscoring other references to cinematic devices across Ruscha’s oeuvre, the blushing mountain peaks that appear at the center of each canvas are framed as if in a darkened cinematic aperture, and subtitled with relational word groups such as in All Some None. This verbal progression, in turn, echoes the conceptual vanishing points of the word paintings.

In a career spanning more than five decades, Ruscha has distilled the archetypal signs and symbols of the American vernacular into typographic and cinematic codes that are as accessible as they are profound. The wry choice of words and phrases that pervade his work draws upon the moments of incidental ambiguity implicit in the interplay between language and the concept that it signifies. Although his images are undeniably rooted in the signs and symbols of American reality closely observed, his elegant and laconic art speaks to more complex and widespread issues regarding the appearance, feel, and function of the world and our tenuous and transient place within it.