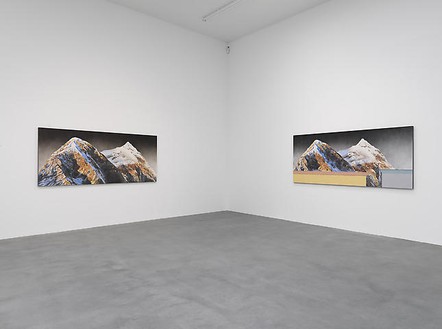 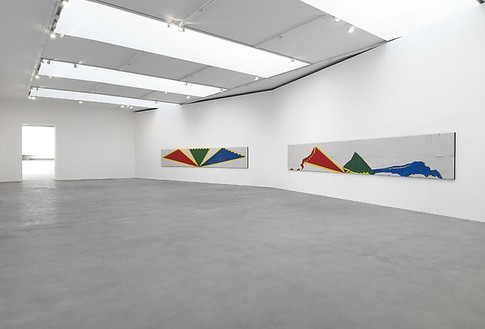 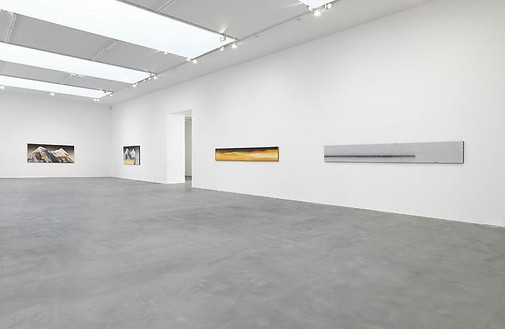 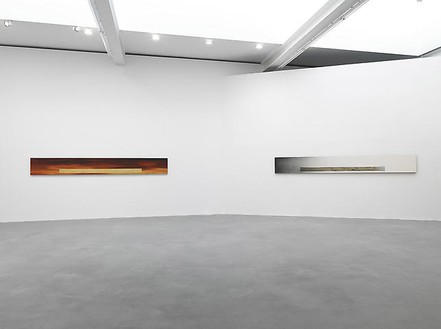 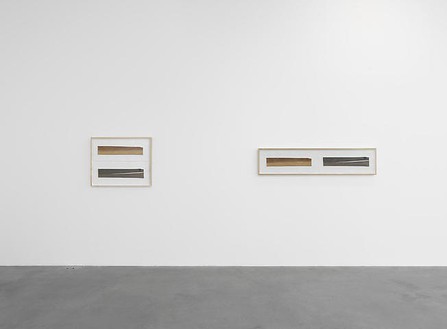 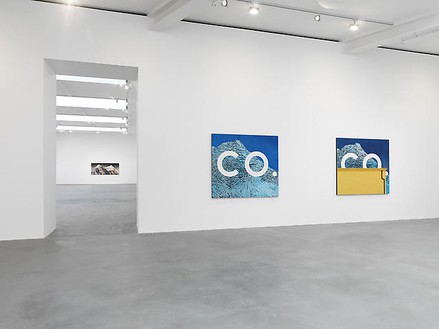 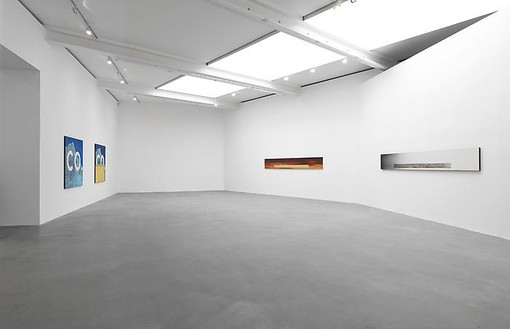 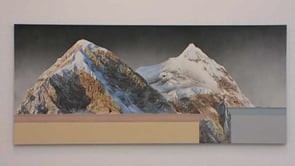 You take one painting as a kind of question and then the answer to that would be, they’re look-alikes. They begin to look like one another and they do not look like one another, because they have to, or they’re not going to be a proper answer. And then, when you look at them, they’re no longer interpreted in a philosophical sense—or an apocalyptical sense. If you give the viewer something to compare, you don’t have to interpret.
—Ed Ruscha

Gagosian is pleased to present five pairs of paintings by Ed Ruscha.

From Course of Empire—the exhibition for the United States Pavilion at the 51st Biennale di Venezia (2005), which traveled to the Whitney Museum of American Art in New York—to photographic books such as Then and Now (2005), Ruscha has structured certain bodies of work as comparative studies. Revisiting sites, buildings, and views of Los Angeles that had formed the bases for previous works, he documented the effects of time in a manner that was both empirical and metaphorically charged. Ruscha describes this process as one of “waste and retrieval.” Continuing in this vein of investigation, in the current exhibition he pairs one painting with another version of the same subject to create finely nuanced exercises in perception and memory.

Similar in subject and form, each pair of related works reveals through close observation differences both subtle and dramatic. The effects of the passing of time or of visible decay, movement, and corrosion are at the core of these paintings, which reflect on how things are transformed by nature or culture, from a plank of wood that has decomposed over time to a picturesque view of a mountain range that has been disrupted by the construction of a building.

Ruscha’s singular art defies easy categorization. He has recorded the shifting emblems of American life in the form of Hollywood logos, stylized gas stations, and archetypal landscapes. His wry choice of words and indirect phrases mines the perpetual interplay between language as a physical thing and language as a transparent medium. Although his images are undeniably rooted in the vernacular of a closely observed American reality, his elegantly laconic art speaks to more complex and widespread issues regarding the appearance, feel, and function of the world and our tenuous and transient place within it.

A fully illustrated catalogue, with an essay by art historian Briony Fer, will be available.