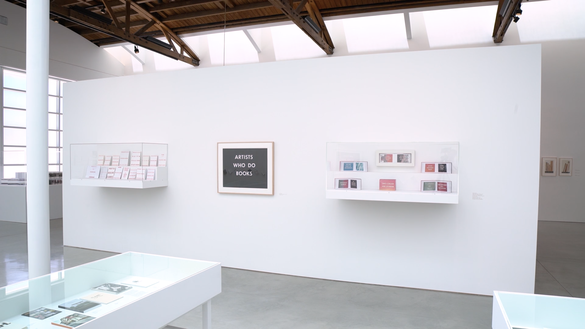 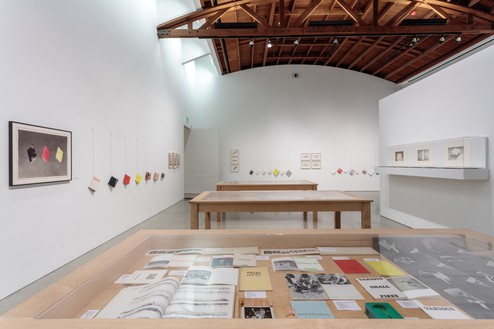 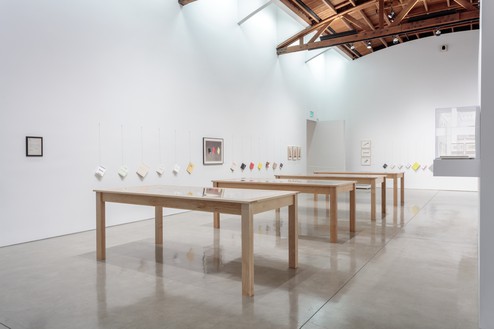 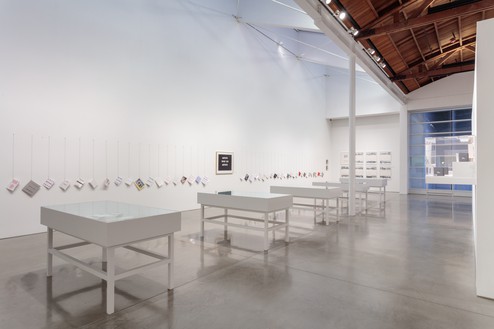 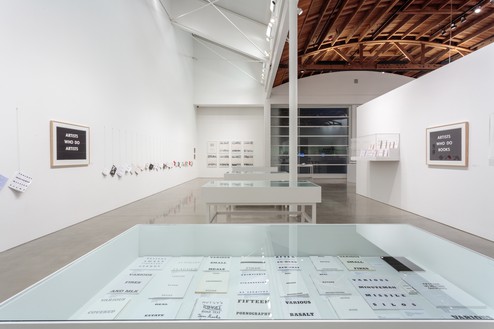 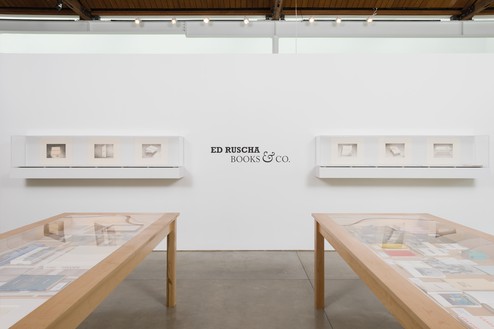 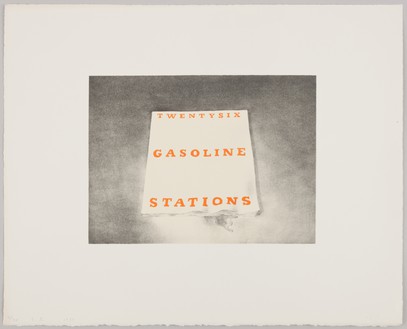 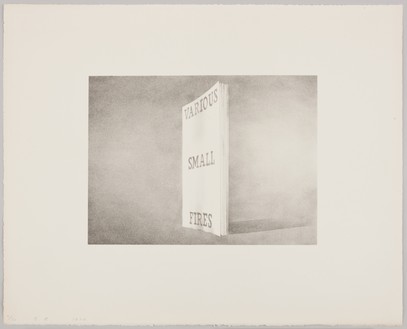 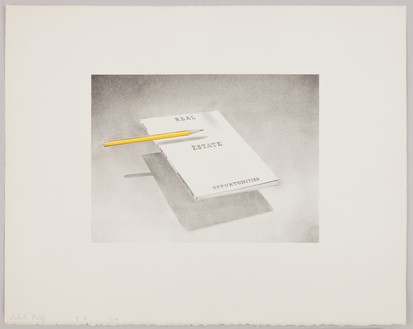 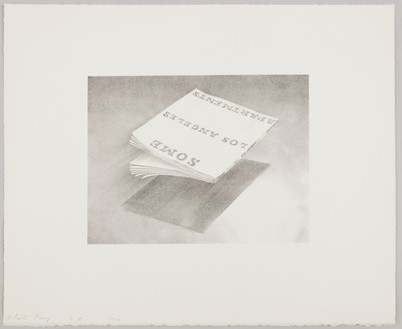 Gagosian is pleased to present Ed Ruscha Books & Co., an exhibition of artists’ books by and after Ed Ruscha. The exhibition is organized by Gagosian director Bob Monk. The exhibition will be presented in conjunction with Ed Ruscha Prints and Photographs.

In the 1960s, Ruscha was credited with reinventing the artist’s book, producing and self-publishing a series of slim volumes of photography and text. By turning away from the craftsmanship and luxury status that typified the livre d’artiste in favor of the artistic idea or concept, expressed simply and in editions that were unsigned and inexpensively printed, Ruscha opened the genre to the possibilities of mass-production and distribution. Ed Ruscha Books & Co. presents Ruscha’s iconic books together with those of more than one hundred artists from all over the world—from Russia to Japan to the Netherlands—who have responded directly and diversely to his lead. Many books are installed so that viewers can browse their pages. After presentations in New York, Munich, and Paris (2013–15), the exhibition run concludes in Ruscha’s home city of Los Angeles.

Inspired by the unassuming books that he found in street stalls during a trip to Europe, Ruscha published his first artist’s book, Twentysix Gasoline Stations, in 1962 under his own imprint, National Excelsior Press. Priced at $3.50, it is exactly what its title suggests: twenty-six photographs of gas stations with captions indicating brand and location. Initially, the book was received with indifference, and it was even rejected by the Library of Congress for its “unorthodox form and supposed lack of information.” However, over time it acquired cult status, and by the 1980s it was hailed as one of the first truly modern artist’s books. Ruscha followed this up with a succession of similarly self-evident and deadpan photographic books chronicling aspects of Los Angeles or his round-trip drives between Los Angeles and Oklahoma, including Some Los Angeles Apartments (1965), Nine Swimming Pools and a Broken Glass (1968), and Real Estate Opportunities (1970). Their use of photography as a form of map-making or topographical study signals a conceptual, rather than documentary, thrust.

This year marks the fiftieth anniversary of one of Ruscha’s most iconic artist’s books, the 25-foot-long, accordion-folded Every Building on the Sunset Strip (1966). The past half century has seen the importance and meaning of this book expand and evolve, pulled into new light by changing historical contexts, yet always retaining an enigmatic influence over new generations of artists. Ruscha’s artist’s books have been deeply influential on his peers and followers—from Bruce Nauman’s Burning Small Fires (1968), in which Nauman burned a copy of Ruscha’s Various Small Fires and Milk (1964) and photographed the process, to Julie Cook’s Some Las Vegas Strip Clubs (2008), which turns the lights up on some nocturnal haunts.

In Rew-Shay Hood Project XIV (2008–11), the British artist Jonathan Monk airbrushed a car hood with the image of Rimmy Jim’s Chevron, Rimmy Jim’s, Arizona, borrowed from Twentysix Gasoline Stations, remaking the book-based photograph in an industrial form. For the first time, in this exhibition, nine works will be shown from Amy Park’s Ed Ruscha’s Every Building on the Sunset Strip, an ambitious series in which the entirety of Ruscha’s original artist’s book is enlarged and rendered delicately in watercolor, refining and refracting the images, fifty years after the fact—watercolor being the preferred medium to document building elevations and topography pre-photography. Mark McEvoy has created Utopian Slumps, a suite of seven prints that are “foxed” (distressed) covers of Ruscha’s books, the titles having been changed to plays on the originals—Some Los Angeles Apartments becomes Some Loser’s Apartment and Nine Swimming Pools is changed to Pissing in Pools. This irreverent homage carries over in John Waters’s 12 Assholes and a Dirty Foot and Louisa Van Leer’s Fifteen Pornography Companies. Theo Wujcik, meanwhile, has created etchings of lounging figures who have fallen asleep reading Ruscha’s books, and Dave Dyment made a painstakingly researched book called Every Building in the Sunset Strip, using Ruscha’s accordion format, which chronicles the history of every location photographed in Ruscha’s original. As this celebratory exhibition attests, the pace at which working artists continue to pay homage to Ruscha and the intimacy of the book and print medium as he defined it continue to grow. At play here is not just Ruscha’s long legacy, but also the continued impulse of young and contemporary artists to produce works that are tactile and immediate—in many cases handmade and unique books—in the face of the pervasive presence of mass-produced and distributed images. Ruscha’s magnetism intensifies as artists from different generations and cultural contexts discover his books, outspreading into related areas of artistic endeavor.