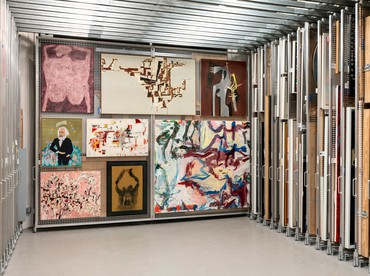 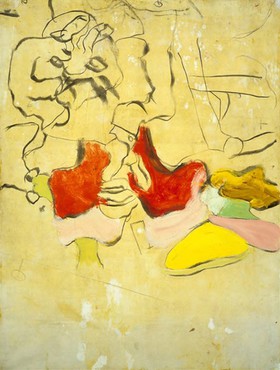 This installation comprises paintings of the late 1960s through the ’70s by Willem de Kooning, on loan from the Willem de Kooning Foundation in New York. The works on view reveal the intimate relationship between the drawn and the painted in de Kooning’s practice. Some clearly were composed with the aid of line drawing. Others combine relatively thin charcoal lines and broad areas of paint, and still others are drawn from chains or clusters of cursive brushstrokes of varying widths. 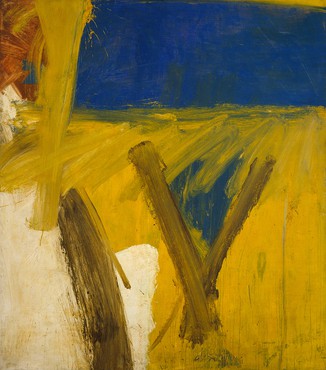 This is the first major museum exhibition devoted to the full scope of the career of Willem de Kooning, widely considered to be among the most important and prolific artists of the twentieth century. The exhibition, with nearly two hundred works, presents viewers with an unparalleled opportunity to study the artist’s development over nearly seven decades, beginning with his early academic works, made in Holland before he moved to the United States in 1926, and concluding with his final, sparely abstract paintings of the late 1980s. 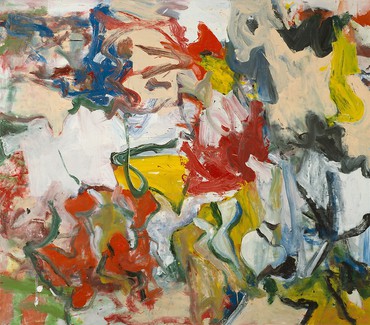 Willem de Kooning is considered to be one of the leading exponents of American Abstract Expressionism and is celebrated in the US as a key figure in twentieth-century painting. In Europe, however, the artist’s significance has yet to be fully appreciated. This is particularly true of his work of the 1960s and ’70s, when he abandoned New York City for bucolic Long Island, where he lived and worked year-round from 1963 onward. The paintings of that time bear the stamp of his elemental response to the landscape, evident in the gestural vibrancy of the figuration and in the richness of hue. A concise selection of large-format paintings spotlights this groundbreaking period in de Kooning’s oeuvre.